Why is this still in the Next Up list? 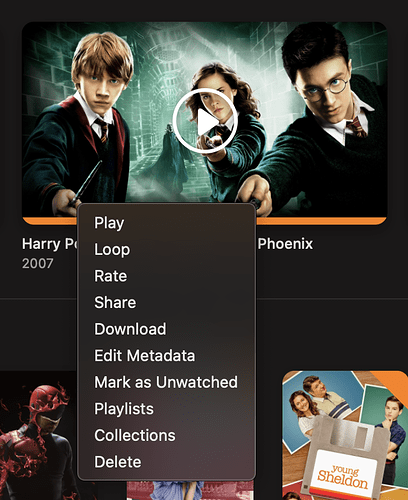 Restarting the app doesn’t make it go away.

Have you tried clicking on the Playlists option and removing the tick on the Watching playlist?

That did remove it, but shouldn’t it be automatically managed?

Certainly for me if the status changes to watched it is normally removed.

But if it was somehow added to the watching list after its status is set to watched then it won’t be automatically removed until the status changes to watched again (i.e. it is set to unmatched and then back to watched). Certainly that how it works for me.

Any chance that movie was stopped just before it registered as totally watched? I’ve stopped a few at what I thought was the end and there were a few minutes of credits left and it showed a little time left on the pre-playback screen.