Which NAS would you recommend for Infuse?

It’s going to be one month since I use Infuse. I’m totally convinced so I took the yearly subscription and I’m happy so far. Just one thing, I had buffering once so I had to chose the “legacy” protocol for SMB.

I am considering now a Synology NAS DS718+ with 2x4TB or 2x8TB. Today, I download on my Mac mini with uTorrent 4K UHD HDR movies and I use an Apple TV 4K with Infuse and all works like a charm.

I have the following questions:

Thanks in advance for taking the time to read my message!

I use a Synology NAS myself, and stram tv and movies to my Apple Tv4k over 5gHz wifi (the NAS lives upstairs, so noise isn’t relevant - but it is quiet). !Gbs ethernet will be even better and no, you won’t have to worry about any buffering.

QNAP is also well regarded, but both it & Synology have a good range of software they can run - your Synology has a Torrent downloader available from Synology themselves, and works fine.

To point #3 - no, you don’t specify which bay or drive yo copy files to… best to have at least two drives (may as well get 8Tb ones…) and set it up in a RAID array… there are different RAID setups you can choose (have a search and read) but I just sue Synology Hybrid setup - this has one disk tolerance for failure. Means IF one disk fails you don’t lose any data - replace the bad disk, and rebuild the array and all will be well (this has happened once with a bad drive).

When using Torrent clients or, err, alternatives, you should be using a VPN - you can setup the Synology to always connect to internet through your chosen VPN provider.

Yes, you can do Time Machine backups to it - and many, many other things besides.
https://www.synology.com/en-global/knowledgebase/DSM/tutorial/Backup_Restore/How_to_back_up_files_from_Mac_to_Synology_NAS_with_Time_Machine

Thanks for your reply. It looks like there are a lot of settings, judging by reading the article you mentioned.

I’ll use mainly the NAS for storing the movies, I’ll see later if I will use it as a second TM.

I think I’ll buy it next month. If others have feedback on their usage, please don’t hesitate!

I’ve been a long time user of Netgear ReadyNAS units. Since converting to Apple hardware for my user stuff I’ve looked at Synology from time to time but never seen the advantages. I’ve just changed out all my Netgear NAS units for new versions and have now (6months ago) switched to using InFuse to stream to the Apple TVs (also new). Can’t fault the Netgear NAS units at all. I don’t use Time Machine but I do stream Audio (to Sonos units) as well as Video and using the NAS for file storage with backups from CCC.

Video goes direct from the NAS to the ATV - no Mac in the way.

ps If your router (like an Asus) supports plugging in a hard drive and using it as a Network drive - you could try that first with one WD Red 8tb drive in an external case. The Synology is great for Raid protection and running apps continuously in the backgorund (liek torrent clients amongst many other useful functions) but if you don’t need or want that, then a ‘dumb’ network drive would work fine for file storage and access.

All the previous answers are wrong.

Old computer, NAS drives, and one of these:

All the previous answers are wrong.

How about saying “another option is…”

“3. Can I use 1 bay for the movies and the second for backing-up the first HDD? Would that be the recommended workflow and what setting-up shall I need to do?”

I am not sure I would have the backup in the same place as the originals - it feels like tempting fate. All you need is for the power to do something freaky, a spillage or any number of other things and you could loose both at the same time. In terms of workflow, I use apps like carbon copy cloner because they are really easy to use and you can create any workflow you want

I personally built my own, cheap AMD motherboard and CPU, picked up an old LSI Raid adapter and then run windows. The LSI adapter has cache on it and can do Raid 6 for my 8 x 4TB drives. I plan on swapping the 4TB drives out for 8TB in the next few mi this and the raid card will do all the heavy lifting of rebuilding. I also have it do read checks and consistency checks every week and emails me the results. The other affairs I run 16GB or RAM and actually run a few VMs in Hyper-V thus my Plex server is in a VM.

This may not be the popular option, but I use a Drobo 5N2 for my video (and document) storage. It may not have the options/Apps that the Synology or QNap NAS’s have, but it’s simple, stable, quiet, and built very well and I can use any combination of hard drives with it to maximize my storage. You have any 250GB or 1TB Hard drives lying around? Stick them in! It supports SMBv3 and NFS, an SSD cache and bonded Ethernet ports, which is all you really need for Infuse. I find it’s a good option with very little setup required. 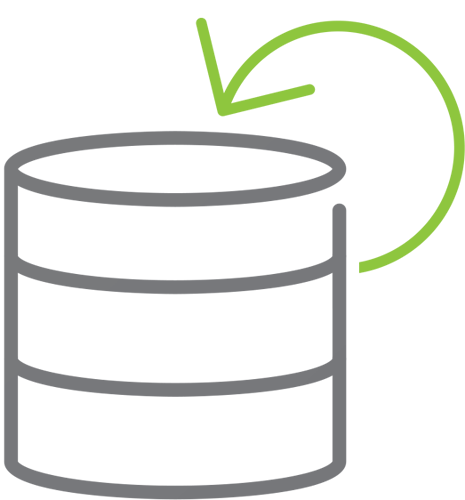 Don’t Think RAID, Think BeyondRAID Developed in the 1980s, RAID was designed to pool disk drives together for increased capacity and reliability for data storage. It has been preventing single disk drive failures causing data loss, and has been used...