From what is known now, the most important novelty for viewing will be HDR10+.
We are waiting for the presentation of tvOS 16

I was pretty sure I saw an article saying that HDR10+ support is now unlikely?

EDIT HDR10+ Support Not Coming to Apple TV App in iOS 16 and macOS Ventura After All? - MacRumors

If HDR10+ is not added to tvOS 16, then updating the Apple TV 4K OS again will not give anything interesting for movie lovers.
In my opinion, for Apple TV 4K users to completely give up, only the bitstream and Dolby Vision 7 and 8 profile support are missing. If the day ever comes when these functions are added to tvOS, it will be the funeral of all other media players

And what did you see new ?

Nothing except yt ec3 support.

Is this about gaming ?

It‘s a nonfeature because there are no devices to use it and could tell us how good it‘s really working.

I disagree it’s a great feature for upcoming devices. Samsung is already gearing up for their matter push as well as other manufacturers. I would expect devices to start to appear by end of year or early next year.

There’s also supposed to be added interoperability between iPhones and AppleTV. I don’t remember the exact details but AppleTV apps can push content to phones.

Yes, this is undoubtedly a good feature. It will be very useful in a smart home and will add multiplatform. After people try it out, they will always be happy to use it

But in the future, I hope Apple will still focus on the direct functions of the Apple TV 4K. The ones that movie lovers will like. 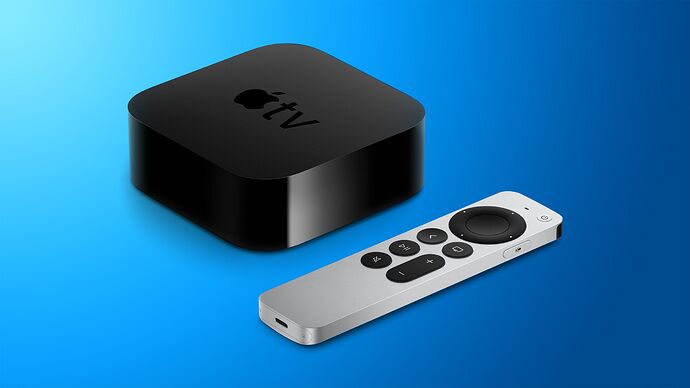 Apple today released tvOS 16, the newest version of the tvOS operating system that is available for the Apple TV 4K and the Apple TV HD. The tvOS...

When the update available??

When the update available?

Which update? tvOS or Infuse? tvOS should be available now. Infuse 7.4.5 should be this month per the upcoming features thread.

Do you have any problems using infuse 7.4.4 ? The new version will be released soon, after all the new features and existing comments to the beta version have been corrected and finalized. Agree, it is more pleasant to use an application whose functions work well. After all, this is what distinguishes infuse and Apple TV 4K from other applications and devices. At the time of the release of both the application and the device, the declared functionality works as well as possible and subsequently work is underway to improve them. Therefore, it is better to wait a little and get a good user experience, than everything will be released quickly and people will encounter bugs, the solution of which will take an indefinite time. As it happens, for example, for owners of Dune media players. When people are constantly forced to look for solutions to problems themselves. Then roll back the firmware to an older one, then read the forum and reconfigure the player and other device (NAS). Apple TV 4K users never encounter similar problems. Believe me, it’s worth a lot and saves both your personal time and nerves

And there are more depressing examples. When the solution of the bugs found in the media player is not solved in any way and edits to the player software are made only to new media player models. At the moment, the level of technical support for Apple TV 4K and infuse is at the highest level in comparison with competitors.
Therefore, have a little patience and enjoy the new version of infuse

Now that tvOS 16 supports HDR10, do you know if Infuse will support it soon? Or does the Apple TV handle all of that, meaning my HDR10 videos play properly now?

Do you mean HDR10+? AppleTV has always supported hdr10. HDR10+ isn’t coming to the AppleTV device; it was mention as coming to Apples “TV” app… however I can’t really find any mention of it anywhere.

In order for HDR10+ to work in infuse, firecore need to add this function in the application.
You can track all the new features of future updates here - Upcoming Features (updated 9/9/22)
But I also haven’t seen confirmation anywhere that the HDR10+ feature has been added to tvOS 16.