Until ATV3 Jailbreak, best way to stream via iTunes?

Hi all, until there’s a jailbreak for ATV3, is there a best way to stream MKV and AVI files via iTunes?  I understand I’ll probably have to do some sort of conversion, and there are a lot of conversion apps out there.  What’s a good one that’s speedy and maintains good quality?

Are there any apps that can transcode for ATV3 on the fly?  I’ve used PS3 Media Player in the past and that worked pretty well.  I’ve also used AirVideo to stream videos to my iPad and iPhone (and I’m aware I can stream to ATV3 via AirPlay with AirVideo but that’s cumbersome and I lose some video quality).  Any ideas?  Thanks!

http://www.iflicksapp.com/ will allow you to convert to atv format and add it automatically to itunes including metadata.  Its the best option i have found until a JB is available for atv3

first sorry for my bad english because I’m spanish, the best way to stream to apple tv3 is beamer it is very simple but very fluid. You can’t to use iTunes but don’t have to recode.

apple tv  3 streaming ?   well Beamer for mac quality is not very good  quality because it actually recodes your video to a lower bitrate, you will notice it is when you  are streaming  good  blu ray  x264 mkv, the beamer process looks like this:

Right now, I would suggest from extensive testing on a mac its probably best to use handbrake to recode videos for Itunes native playback out to the apple TV 3 @ 1080p, if you want to tweak and get the highest quality files possible, for low quality streams beamer or air parrot will work but all they are doing is a ffmpeg transcode as above.

For PCs I am still testing solutions but I would assume using the ffmpeg string  above we could accomplish output very similar over itunes, maybe someone enterprising will develop software using this technique.

I can recommend one of the following:

Subler (http://www.sublerapp.com/support/documentation/using-subler/) does a great job and also works great with metadata

MP4 tools (http://www.emmgunn.com/mp4tools/mp4toolshome.html) fast and reliable but not good for metadata and subs.

Neither of these tools reencode the video and is very very fast. In my experience handbrake is extremely slow and use a lot of ressources on the Mac while it reencodes.

If you are a PC owner I can recommend MKV2MP4 (http://forum.videohelp.com/threads/340675-MkvТоMp4-v0-220a-rapid-tool-for-repack-Mkv-to-Mp4). This program is super to convert MKV files but takes a little longer than the 2 Mac programs I mentioned in the previous post

would be nice if there was an app that could be loaded on the ATV but this method works for me and the plus side is I can watch my videos anywhere.

I created a script for this perticular use when I was waiting for the jailbreak of the Apple TV 2.

Maybe it can be of some use: http://www.appletvnieuws.nl/downloads/?did=10

The current version 0.5 has a 720p filter but I’m working on stripping that part out and cleaning up the code.

Up until recently, I loved the Boxee app on the iPad. It supports AirPlay, so using the iPad as a middle-device between a mac/pc with the video file and the Apple TV works great. However, it seems to drop the connection after 10-15 minutes from the computer, and the only way to get it back is to quit the Boxee Media Manager (server program) process and restart it… so no longer a good option.

Last night I had great success with Airplayit (Free). It isn’t as fast as Boxee, and definitely not as pretty, but seems solid as a rock, with no drop-outs or freezing during playback. Same setup as Boxee, install server application on Mac/PC, install app on iPad (Free, I have the iPad 2), connect, Airplay, enjoy virtually entire video collection on ATV3.

I haven’t tried Plex since there is no free trial (Same with a few of the other pay for ones).

I purchased AirParrot for the mac/pc (Allows Airplay from a Mac or a PC), however I wasn’t able to get it to play airplay video to the ATV3 last night without it lagging out on my MacBook Pro (Lion, Core i5, 8GB of RAM). Will try again because non-video works fantastic. When Mountain Lion is released in a few weeks, I will try that as well.

you can try Beamer

Streams everything to ATVx over AirPlay, mkv, m4v, mp4…

the only problem is that there is not subtitles support, but is coming

Do yourself a favour and re-encode these MKVs or AVIs to .MP4 with handbrake, then use iTuens sync with your iphone, ipad - that’s my opinion.

Must work on a PC

No video re-encoding if it is in H.264 - should just copy the video stream over…since there is no video conversion it should be fast

Re-encoding of the DTS audio stream to work as a 5.1 audio stream
Import into iTunes - also some of the more advanced audio codecs should be able to convert as well.

Anyone else doing this as an alternative until a jailbreak can be found - want to share your process?

Do you mean you want to convert iTunes MKV files to AVI files? If so, you need a converter that has the ability to remove DRM protection first. As I know, Pavtube has a product named ChewTune that may solve your problem. If you just need to convert some videos to the format like .mp4, .avi, etc, Pavtube Video Converter may meet your demands. I am using Pavtube for a long time, and the fast conversion speed and pretty good output video quality give me a good enjoyment of video. Hope it can also help you.:)

The first thing to know or has well known is that there are only two official and free methods to stream video files to Apple TV from computer: iTunes or AirPlay. Unfortunately, neither of the two supports MKV as the input format. Likewise, you'll be greatly disappointed if you turn to other alternatives since most of them are not only expensive but also have inevitable defects: only support several formats, require installing some plug-ins, and with an endless line of embedded goods, etc.

To successfully stream MKV or HD MKV to Apple TV, here, I strongly recommend to convert MKV to Apple TV as well as iTunes and AirPlay supported formats with Faasoft Video Converter.

iVI is a good program for converting or adding video information and subtitles. Easy to use as well.

Hello guys! I know probably the best decision for importing any video&audio formats to your idevice. I recommend using WALTR for both windows and Mac! It imports MKV to iPhone super easy&fast with no need to convert, sync or use iTunes… It just requires you to drag and drop your video or audio. You can check it out here http://softorino.com/waltr/import-mkv-iphone-mac-windows Sure it’ll help you!

I use iDealshare VideoGo to convert AVI, MKV, WMV etc to iTunes supported MP4 or MOV to play them in iTunes, ATV, iPad, iPhone, iPod etc.

Here you may get it at http://www.idealshare.net/itunes-quicktime/avi-to-itunes-solution.html 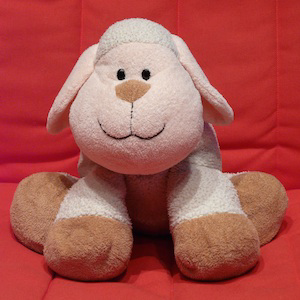 You can use Avdshare Video Converter to Convert MKV to Play MKV in iTunes, iPad, iPhone.