So I have a bunch of tv series and they were alphabetized fine before the recent upgrade which switched to tmdb (no idea if tmdb has anything to do with it, just mentioned it as reference to when I saw the problem).

This is my folder structure showing an example from both ways I organize my files: 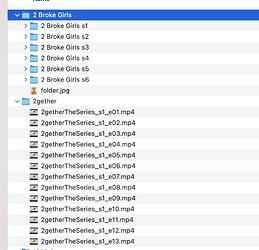 On my ATV/Infuse, 2gether doesn’t show after 2 Broke Girls: 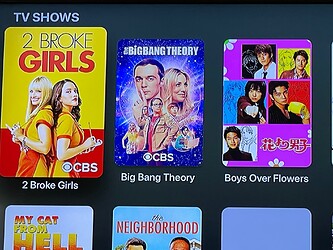 I’ve long been irritated by needing to use ‘s1’ for shows that are only single season to begin with but I adjusted since that’s how the metadata works but its way too irritating and frustrating to have to put the single season files into a ‘season 1’ folder in a Series Folder (in my case it’d have to be 2gether > 2gether s1 > eps) just so things are alphabetized on infuse correctly. This causes issues when I navigate my files and watch them outside of infuse and also makes it so i have to go into 2 levels to watch a series using infuse as well. Its silly.

I’m hoping this is maybe a bug or something that could be corrected somehow… even if its a setting or certain way I have to label my folders… is there any hope (fix)? (btw, this wasn’t an issue before the new version and my file org structure hasn’t changed in years since using infuse.

also, possibly related, putting a file called ‘folder.jpg’ into the single season folders (like 2gether in my example) no longer works either…

Also you’ll probably have to add the year to both the folder name and the file names since there are two series with the exact same name.
https://www.themoviedb.org/search/tv?query=2gether

This was the behaviour (and still is) when viewing TV Shows via folder view prior to Infuse 7.1 as well.
When you view TV shows via Library, it will behave as expected.

I don’t like putting spaces in my file names but just to see if that would resolve the issue I tried it and no luck. It still doesn’t alphabetize the series correctly. 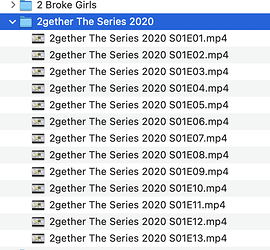 This makes the metadata fetch perfectly match but that wasn’t a problem with the previous file names either, I just had to go in and manually choose the right ‘2gether’ series.

I don’t like putting spaces in my file names

The problem with that is that without spaces there’s no way for Infuse to really determine the name. Period, space, underscore, and dash can all be used interchangeably as separator characters for both movies and TV shows so if you want to see something other than a space use underscores or periods both of which are commonly used for separators in media files.

What are you seeing after the name changes? Where is it locating “2gether”?

One other thing, if you place the season 1 files in a “Season 01” folder even though there’s only one season does that cause it to be in the right order for you then?

This is how it looks on my ATV: 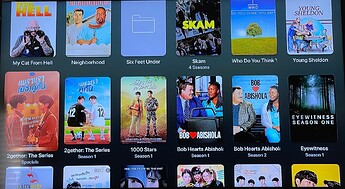 On my NAS, for series that have 3+ seasons, I put them under a series folder (like 2 Broke Girls etc) but for those that I only have 1 or 2, they’re organized like 2gether and aren’t in a series folder but just season folders. 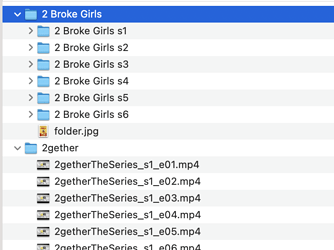 If I put it under a season folder in a series folder it fixes the alphabetization: 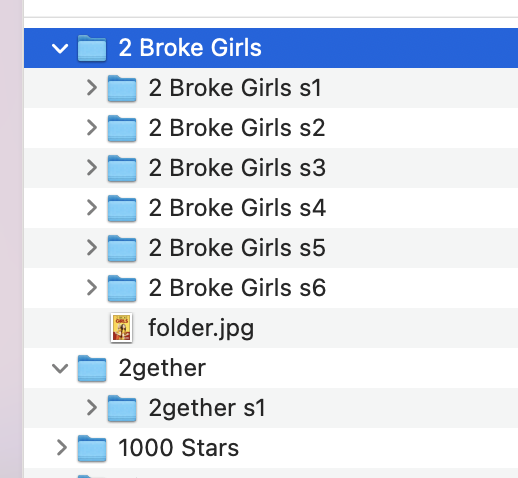 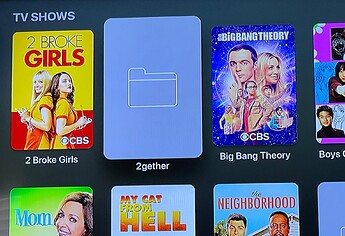 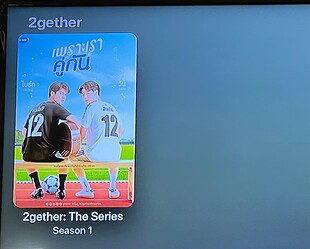 Before v7, it didn’t alphabetize differently for the two different folder org methods.

The users guide lays out how the best way to organize your files so that everything works with the least amount of work afterward. If you follow the Series folder, Season folder then the episodes with the names correctly spaced then you should get consistent results.

There have been many changes in V7 to bring many new features and improvements so what may have worked differently before may have been affected by the changes but it has remained constant as long as you stick with the recommended structure.

A few things you can try here.

Either of these should give you the result you’re looking for.

omg! I can’t believe I didn’t think of trying that… this works

I just changed my sort by to filename and the tv series are all in alphabetical order without me having to change how I organize my files.