Sorry for the vague topic name, couldn’t really come up with a more descriptive title.

For Limited Series as well as a lot of anime, series will only ever have a single season. Though I understand the need to name the files in the SXXEXX format regardless of number of seasons, it would be appreciated if in the interface these shows would just display episodes as “Episode 1” instead of “Season 1 Episode 1”. An example: 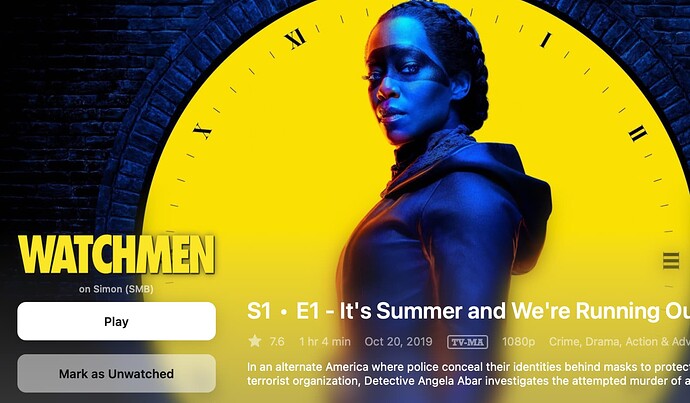 Watchmen doesn’t have a second season, so therefore it is a little bit annoying (in a perfectionist, detail-oriented sense) that the interface seems to imply there are more seasons after this one. Especially now that multi-season shows are collapsed into a single item, I think this change would help a lot in making the interface a bit more clean.

I apologize if this has been asked for before and a good reason for why it hasn’t been implemented exists; I feel that, especially given the prevalence of single season shows in Anime, I can’t be the first to have asked for this… but a quick search of the forum yielded nothing.