Hello,
if I understood correctly, from the problem “Issues with TV show metadata fetching - Updated 1/6/20” - the problem was solved with the release of the new version 6.2.5, but - most likely the problem remained if the series has a name in Russian, there is no name - there is only a numerical designation of the series instead of a name - for example, the series 11.22.63 is called “301824”. I think that this applies not only to the Russian language.

James, what will we do next? 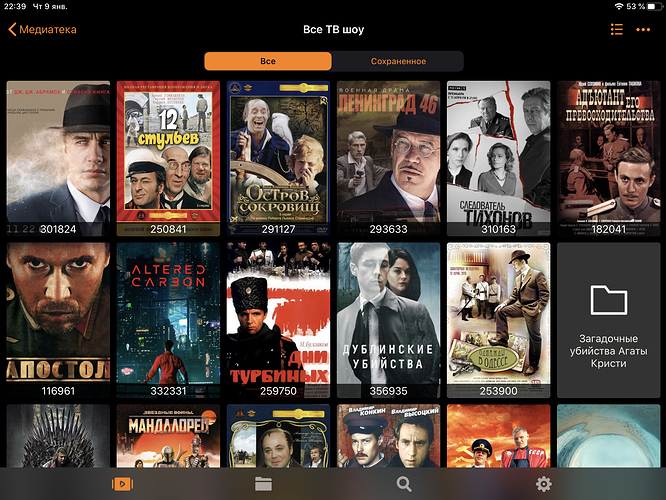 It looks like TheTVDB had another batch of problems last week, but these appear to have been resolved.

Please try using the Edit Metadata option on an episode of an affected series, reselect the correct title, and the correct metadata should appear.