I am experiencing problems streaming from my Synology NAS. I have had the device and app for two month or so and initially everything worked fine. Even high-resolution mvk files (7-9 GB size) would play hardly any without issues, but recently the playback is constantly interrupted and sometimes I even need to restart the app and start again.

Any ideas what may have happened? My NAS and ATV are both connected via cable to the router and there are no other issues related to navigation, subtitles etc.

Any help is appreciated.

I had the same problems until I switched from SMB to FTP sharing. SMB seems to be a real issue with large files and streaming, I couldn’t skip and it took ages to even start a movie.

OK, thanks! So you have the same setup as me, with the Apple TV 4? Will try this tonight.

I have the Apple TV4 and a Synology DS213+ both connected over LAN. SMB shares are a pain, skipping in a movie took sometimes minutes. Since I swapped to FTP even my 10-15 GB MKVs are playing without problems.

Since I swapped to FTP even my 10-15 GB MKVs are playing without problems.

Same here. For whatever reason on my setup there is an issue with SMB & Infuse. Other ATV4 apps I use play big files (>30Gb) fine using SMB over ethernet.
Since I swapped my Infuse shares to FTP I have flawless playback & faster load times.

Not sure what the story is with SMB, most users don’t seem to have a problem.

Thank you! Switching to FTP solved the issue.

Spoke too soon…now my connection is constantly dropping and I have to disable/enable ftp on my nas to even be able to connect to it. What may have happened? It worked perfectly for 3-4 days and now this…

Could it be related to my ftp settings on the nas? I am thinking timeout issues etc.

Now that 4.1 is available you might want to try the original protocol again to see if the streaming has improved.

Even after the update to 4.1 the problems continue - I have tried both SMB and FTP but the problem is the same. Typically the playback will be interrupted after 5-10 minutes, stating there is a problem to load the video (or something like that, it is in Swedish for me).

Even after the update to 4.1 the problems continue - I have tried both SMB and FTP but the problem is the same. Typically the playback will be interrupted after 5-10 minutes, stating there is a problem to load the video (or something like that, it is in Swedish for me).

Have you tried to re-boot both yr router and NAS. I am running on a DS212 and maybe every second week I need to re-boot the NAS and sometimes the router in order to get stability.

I started getting sudden disconnects in Infuse after my Stnology updated to DSM6.0. But I noticed the disconnects on my iPhone in synology own DS apps as well. It seemed DSm6.0 was also turning off all disks in my Synology and stopping the network connection, hence the “not able to load content” error in infuse. When looking at the Syno itself I found that all LEDs occasionally were off. When an app tries to connect again all lights turn on, disks start spinning and network connection comes back.

In order to troubleshoot I changed the setting which causes the disks to sleep, by default on 20 mins when there’s no activity and I have it set on 3 hours now. Still need to test if this solves it though.

But to me it seems that DSM6 is causing these problems because it’s somehow not registering useage correctly.

Thanks for the update. I am also experiencing other problems, such as the Infuse app suddenly stating that folders are empty (when I am sure they are not). Sounds reasonable that this is connected to Synology and not Infuse.

I would appreciate an update from you whether the changes solved the issue.

So I’ve tested a few different movies and tv show after changing the disk sleep setting in my synology from 20 mintes to 3 hours.

None of the files stopped playing well over thirty minutes of testing where infuse used to show the “cannot load content” error in every file I played after the DSM6.0 update, always within the 20 minute timeframe and sometimes very short after each other.

Great! Will test this tonight!

I have DS214se. Seems to still have some issues after change to 3 hrs.

I have DS214se. Seems to still have some issues after change to 3 hrs.

One interesting tidbit is that it seems the DS214se does not support WoL.

Personally, I have a DS1515+ set up with the default timeouts and have never run into any issues.

I have a DS215J and it used to work perfectly until all of a sudden I’ve started getting this problem… Somewhere new around the DSM6.0… But I can’t figure out why…

DiskStation 411j with DiskManager 6.0, ATV4 32GB iOS 9.2.1 (beta), Infuse 4.1.,
Since yesterday Infuse iOS (several iPhones, iPads with 9.3.2) and Infuse tvOS can´t open folders on the DIskstation (Message Leerer Ordner - Empty Folder)
With DS File I can connect the Volume / Folders. Access via Safari to the DiskStation is possible too. Changing in Infuse to SMB let me access the NAS, but then Folders und Files looks strange.
Deleting Infuse and new installation without any improvement. 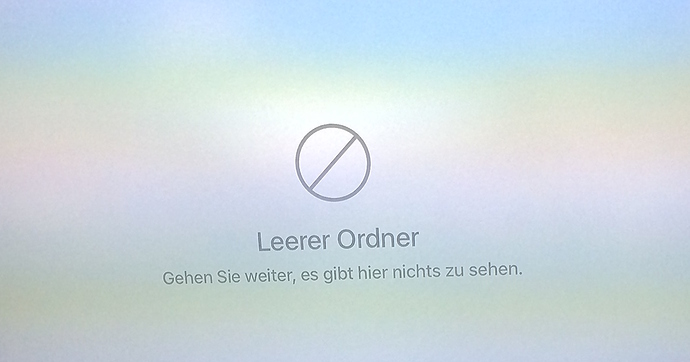