A new bug was introduced in the last month or two with a new version of the tvOS app. When you have a small picture-in-picture overlay enabled on the Apple TV (e.g. viewing a HomeKit camera or from another app that supports PIP) and the overlay is set to either the bottom right or bottom left corners it’s not actually all the way at the bottom like it should be.

tvOS automatically pushes the overlay out of the way of something you think you’re controlling and so there is something about the infuse video player that is making the OS think it needs to push the overlay up the screen so it isn’t blocking controls (which are not there or visible).

I’m attaching a picture which should hopefully show what I’m talking about: 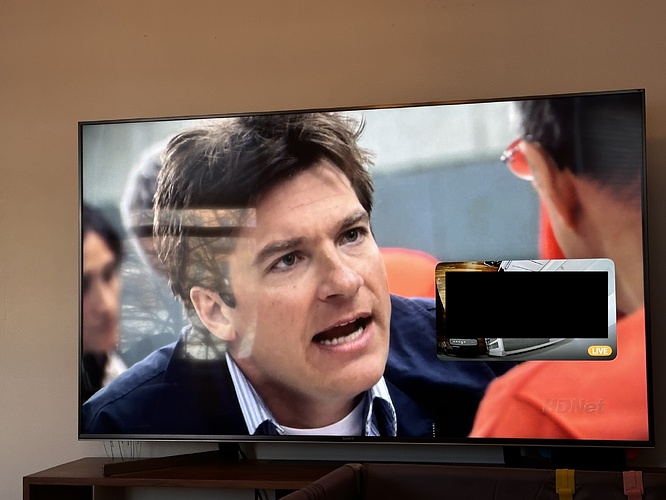 Looks like Apple is detecting where Infuse intends to pop-up the “next episode” button above the timeline when a user approaches the end of the episode.

Think that button was added in roughly the time frame you mention.

Ah very interesting, that’s definitely a plausible explanation for the bug. @james might be worth looking into this as a possible cause