Now I see another thing that is not corrected in the new version.

I organize the entire library with TinyMediaManager with the covers and the data file. NFO plus the video Station data file. Vsmeta.

But infuse does not recognize any information files and everything is searched on the network but is left without recognizing many archives.

They Are all perfectly renowned but are left without recognizing more than 500 files of movies and series as you can see in the capture.

Why is this happening?

It Is supposed to be solved in the new version but I see that it is not.

When you install the new version.

First of all the metadata in the previous version would be faster.

And second still having everything well renamed and with well-placed metadata you need not hours if not whole days to see the whole library.

Very slow others do it in minutes.

He Thinks the information is already in each folder next to the well-renamed movie.

It’S Another thing they haven’t solved.

In The capture you can appreciate all the films that you do not recognize and that are well renowned.

Those are well recognized in the other applications but not infuse. 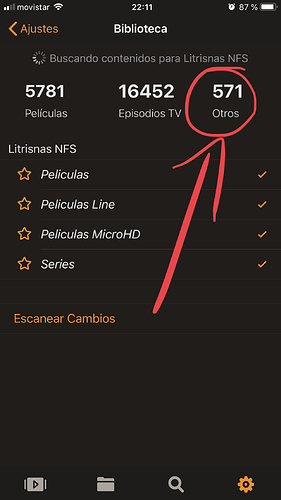 Since you don’t give any examples of file names have you named the movies to meet the requirements of Infuse as laid out here Metadata 101 – Firecore ?

Other programs may have different requirements just as Infuse has theirs.

Yes this a example:

There are three “The Flash” series made. Infuse will preference the one from the 1990s as per thetvdb.com.

If you are referring to the modern version, you will need to use the following for auto recognition in the metadata scraper:

So use plex server with infuse then.