I have several shows that I previously added my own artwork for and was using local metadata before getting the folders fixed to show correctly. I have corrected things on all of them and deleted the artwork.
All but two fixed no problem but for some reason two shows don’t even give me the option to go back to online metadata. Infuse knows what show they are because it has the artwork for the folder. But both shows stay with local metadata and when I try to get it to use online (the exact same way as ~7-8 other shows on my appletv - my holding down the button until the option list comes up) it just isn’t an option.

my holding down the button until the option list comes up) it just isn’t an option.

What options do you get?

I get “Mark as Watched - Playlists - Collections - Cancel”

But both shows stay with local metadata

What metadata is staying? Artwork or textual data? What type of show? Do you have a specific title we can look at?

Only artwork on the folder is there. When I go into the folder it says it’s using local metadata in the top right corner. I have selected each file and searched and infuse finds the right show so I select it for each, Still nothing.
Here’s a screencap of the files in Windows Explorer.

I should also mention that when I go in through library, it isn’t included in TV Shows. So I’m guessing Infuse thinks it’s some other media type?

When I go into the folder it says it’s using local metadata in the top right corner.

Have you tried long pressing on the folder holding all of the files with local data? I think it will be either be the series folder or the individual season folder that has been set to use local metadata.

Are you saying that “Secrets and lies” is not showing it TV shows in the library? Is it showing in other?

Yeah exactly. Long pressing the folder gives me nothing. There is no season folder to press because when i enter the show folder it just lists the files in order using local metadata.
Yeah, both shows show up under Other

Can you do a screen cap where it’s showing the Local banner?

Also, can you change the name of the season folder from “Season 1” to “Season 01”? That may be helping throw things off with it different from the individual files using S01Exx.

Tried renaming the season. No dice. Here’s the screenshots: 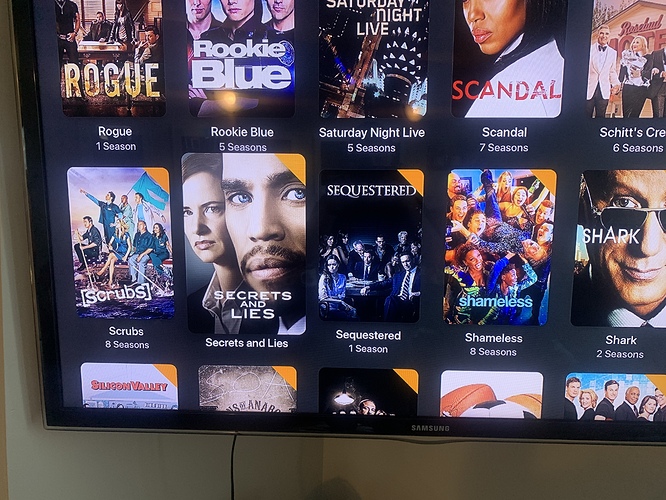 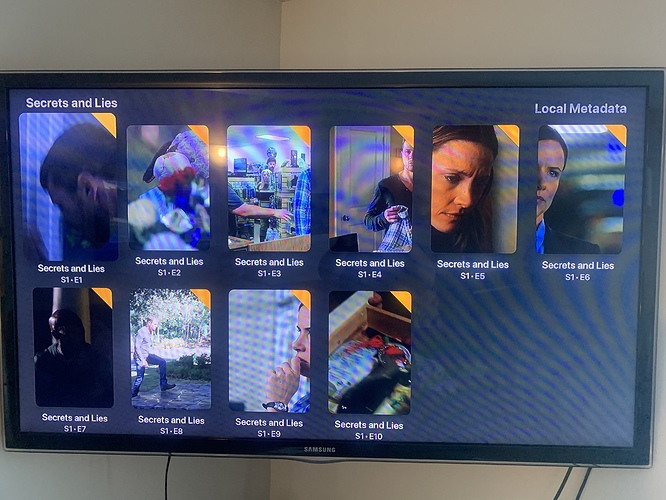 Okay, first this series is another one of the shows that requires an addition to the file name based on there being multiple shows with that same name.

Try naming the folder and files adding “US” like this. 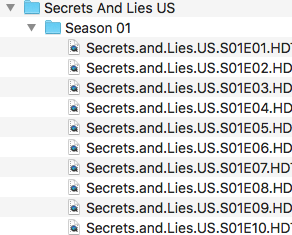 It looks like this folder is set to use local metadata.

Long press on the folder name and switch back to online metadata, and then use the edit option to select the correct title.

Note: The edit option will be available when long pressing on an episode, but not a folder.

this did the trick. THANK YOU. Now I need to figure out why White Collar is doing the same.

why White Collar is doing the same.

Can you do a screen cap of the files and folders like you did for the other one? 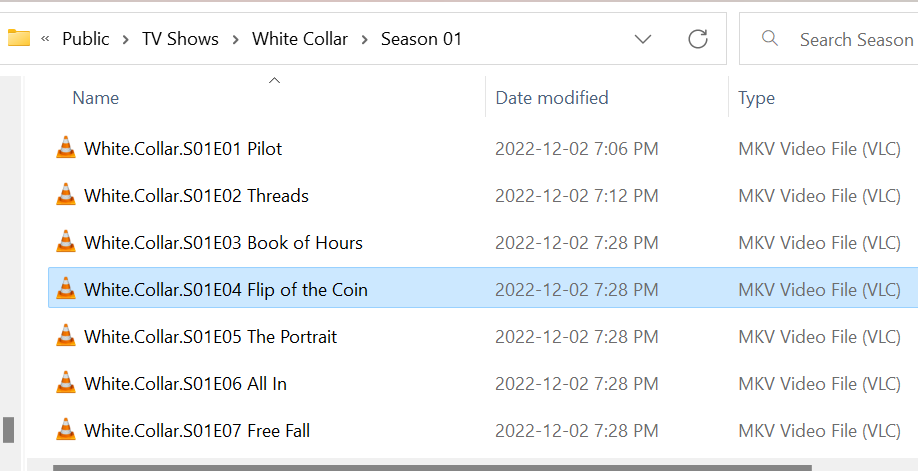 and shows up under Other media

I got it. Put the year in the folder name and it worked

Glad that works but the local tag still may cause problems in the future for you. Somewhere either the individual files or a folder somewhere up the hierarchy has been set to local and may cause infuse to dump the fetched metadata once it scans that setting again. If you go to your “TV Shows” folder and long press does it there give you the option to use Online metadata?

The last thing is to go to the individual files and check each one for the local setting.