Today's Announcement (9/1/10): 1:51 P.M. On to Video TV is next. Mr. Jobs does the classic "One more thing..." Then he says it is really "one more hobby," a reference to his claim that Apple TV is just a hobby for Apple. Mr. Jobs admits that Apple TV has not been a huge hit. He says that Apple has learned a lot, including that consumers want Hollywood movies and TV shows, high-definition video and lower prices. They want to be able to see video on their TVs, they don't want to manage hard drives that store their videos, and they don't want to sync with their computers. Consumers also want the hardware to be silent, cool and small. 1:54 P.M. A New Apple TV Box Apple Mr. Jobs shows the new version of Apple TV, a box that is about one-fourth the size of the previous version, about the size of two iPhones side by side. [img]http://graphics8.nytimes.com/images/2010/09/01/technology/bits-appletv2/bits-appletv2-blogSpan.jpg[/img] No more content purchases, only rentals, to make it cheaper and avoid having to manage storage. 1:57 P.M. Cheaper TV Shows TV show rentals, as expected, are now 99 cents. First-run HD movies are $4.99. Shows from Fox and ABC are available, but the other studios are not on board yet. "We think the rest of the studios will see the light and get on board with us " It also includes Netflix streaming and YouTube videos, as well as iTunes songs, podcasts and photos streamed from a computer. Mr. Jobs says AirPlay can stream content from an iOS device, like an iPad, to Apple TV. "You are going to be able to be watching a movie, come into your living room and press a button and continue watching it on your TV. It is going to be pretty cool." 2:08 P.M. Cheaper Apple TV The new Apple TV is $99, $200 less than the old Apple TV. It is available in 4 weeks and can be preordered today. [img]http://storeimages.apple.com/1737/store.apple.com/Catalog/US/Images/appletv/img/gallery-big-04.jpg[/img] [img]http://images.apple.com/appletv/images/whatis_gallery_slide120100901.jpg[/img]

Well, it looks like my Apple TV’s value just went up today. Mine has a hard drive and you can store a ton of downloaded divx files. I can always upgrade the drive to SSD. The only question is… will the OS X version get the new Netflix functionality? The other question is… will FC continue to work on atvflash? I bought a lifetime of updates! Yipes.

We’ll see how it goes.

… The only question is… will the OS X version get the new Netflix functionality? …
medialounge

Attempts to run Netflix Instant Watching on the original AppleTV works, but the video is choppy due to the lackluster 1 Mhz CPU chip. So doubtful that Apple will “officially” add Netflix to the original; they will want you to purchase the new one!

Time will tell if the new Netflix feature will make it onto the current devices.

Either way, aTV Flash will continue to work on the current AppleTV and we will work diligently to add support for the newly announced model. We’ve already pre-ordered a number of dev units.

Besides that, we’ve got some exciting features coming up for the current AppleTVs that should be available while we wait for the new models to arrive.

Well, I agree that my Apple TV just increased in value. In fact, I just bought two of the old ones ($150 each).

I also bought two Crystal HD cards for them here: http://www.logicsupply.com/products/bcm970015
in case anyone wants to do the same.

With NetFlix, Pandora, Vudu, etc. already in my Blu-Ray player I just see no advantage to the new AppleTV aside from its processor and the AirPlay thing that lets you stream from an iPhone/iPad/Touch.

No HD is a major minus as is the lack of syncing with a Mac. The Crystal HD card added to the old one plays back 1080p and the new AppleTV still only plays 720p.

So, unless you love the AirPlay feature I just view this as a downgrade. Plus, I admire FireCore for developing for both AppleTVs, but I’m not sure what they will be able to do with the iOS. I can’t fathom that it would be easier to work with than the stripped down OS X that the old AppleTV uses.

FireCore, if you are able, I’d love to see a rough tentative list of what you think you’ll be able to do with the new AppleTV.

Thanks so much for your support! You are a great company!

Looks like conventional streaming from iTunes will be built into the new AppleTV:

See: Give your digital collection Some Airtime 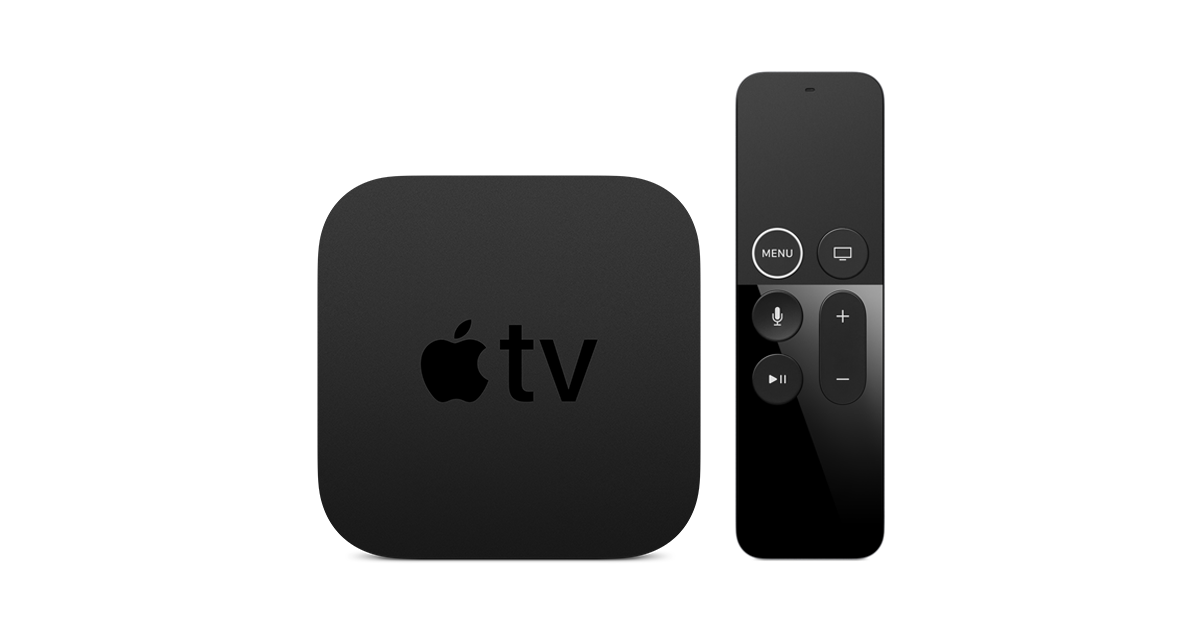 Yes, I agree with jreffner@fuse.net … I just ordered another ‘old’ Apple TV for my second TV. I was waiting to see what would be announced for the new Apple TV and I am not impressed - particularly with the lack of local storage and the inability to play back 1080p.

I do understand Apple’s viewpoint - they want to encourage more customers to adopt a pay-by-the-drink model, which is good for them, and the ‘manage storage’ part has some validity. And, despite postings from others, I don’t see Netflix as a competitor to Apple’s store model - I believe that Netflix usage actually encourages more purchased content. Netflix is OLD stuff, which gets users addicted to commercial-free, watched back-to-back TV shows which, inevitably, leads to the purchase/rental of NEW shows. Apple finally figured this out. This is exactly what happened in my household. We actually disconnected our cable service, but I suspect we are paying as much for pay content, in addition to Netflix (I’m afraid to actually do the math

But what Apple fails to realize is that the streaming part is still, today, not an ideal user experience. A combination of Internet streaming performance, coupled with in-house wireless challenges will be a problem for players that do not store media locally or cannot function as progressive downloaders. I purchased aTV Flash because I was sick of stuttering performance of HD movies across the Wireless-N network - I wanted every movie on a big, local hard drive for worry-free playback. If the new Apple TV does take off with the consumer masses, Apple will get hammered with customer support calls - calls that will be very difficult to resolve, because they will involve the customer’s Internet connection and/or their in-house wireless. Just ask Samsung, Sony, Vizio, Amazon, Vudu and Netflix how much fun all of that is.

…and with iTunes streaming (of non-purchased content, such as ripped DVDs???), this device is becoming more attractive as a stock item and, of course, the possibilities are limitless if FireCore can flash it!!

My guess is that Apple will continue to update the software on the original AppleTV, as they have an unprecedented history of supporting older hardware platforms years beyond their competitors.

My guess is that Apple will continue to update the software on the original AppleTV, as they have an unprecedented history of supporting older hardware platforms years beyond their competitors.

Included in a nice overview of Apple's new iPods and Apple TV from Ars Technica is confirmation that users of Apple's earlier Apple TV models...

[quote=“MichaelLAX”]My guess is that Apple will continue to update the software on the original AppleTV, as they have an unprecedented history of supporting older hardware platforms years beyond their competitors.

http://www.macrumors.com/2010/09/02/apple-confirms-no-software-update-for-original-apple-tv/[/quote]
Yea, kind of a bummer.

[quote=“MichaelLAX”]My guess is that Apple will continue to update the software on the original AppleTV, as they have an unprecedented history of supporting older hardware platforms years beyond their competitors.

http://www.macrumors.com/2010/09/02/apple-confirms-no-software-update-for-original-apple-tv/[/quote]
Perhaps my comment was not clear: I was suggesting that Apple would continue to update the software on the “AppleTV Classic” so as to continue to improve its operating proficiency.

I was not suggesting the contrary: that Apple will update the AppleTV Classic to include such new features as Netflix Instant Streaming (which is hobbled by the Intel 1MHz CPU):

Quoting from your link: “Additionally, there will be no software update to bring the new features to older Apple TVs. Older Apple TVs will continue to work as they have been working up to this point, and they will continue to be able to purchase movies and TV shows even though the new Apple TV is rental-only.” This is not a surprise to me…

In answer to your question it does have usb a mini usb port on the back.

I am actually kind of excited about the new apple tv, after having some time reading about it if Firecore can use the mini usb to give us access to external storage and use it to install atv flash in the new atv, everything will be great. The only thing the new atv has lost from what I have read is the internal storage. It still will stream video, any video from your itunes library. You can still buy movies from itunes if you wish to store them on you computer or movies of your own and stream them to the new atv. Some of the big pluses are the fact that the new A4 chip powering the new atv is much more powerful than the pentium m chip in the current model. Video is up now at 720P to 30 frames a second from 24 max on the old unit, (although I wish apple would have included 1080p support, but I can understand from a streaming aspect why they did not). Also Airplay is a very cool feature to be able to play from IOS devices directly to you atv. If Firecore can give us external storage or even network storage like the current model I think it will be a better atv than the current version. I will buy one just to tinker with it because of the low price point. $99.00.

To each his own, but when you can pop in a Crystal HD chip to give you 1080p & have local storage on the “old” AppleTV, then the only thing the new one seems to have to offer is the AirPlay, and NetFlix. Well, that, and probably a slightly snappier OS, but in my opinion I’ll take 1080p and local storage over AirPlay anyday. NetFlix is already in most BD players so it’s kinda worthless for many of us.

Now, that being said, if they open the new ones up to apps, and some killer apps come along then I could see owning both. Why Apple didn’t offer a new AppleTV with an HD and one w/o is beyond me. It’s pretty obvious though that they still aren’t taking this product too seriously.

Oh well, I certain am impressed with FireCore. You guys are amazing!

The “many of us” (that is the failed hobby market of the existing Apple TV Classic) is not who Apple has aimed this device at.

With Netflix up to 15 million subscribers, the addition of Netflix Instant Watching on the new AppleTV was a smart move!

I am not too familiar with the apple hardware other than putting the crystal HD into my Appletv.
Just curious, does anyone think that the A4 processor could be adapted to the old ATV?

Just curious.
I kinda like the old unit for access to external drives and hd video card, but would like to see some more horsepower on it.

99$ is why I ordered a new one. Cheaper than buying a new ipod touch, and who knows, someone might get creative so I can plug my harddrive into the new one as well.