Ok, I ripped Battlestar Galactica - The Plan from Blu-Ray on a Mac using an app called “MakeMKV”

It left me with a 27.23 GB mkv file that plays in VLC Media Player on my Mac. I uploaded it to my AppleTV via my usual FTP app and tried playing it in Nito. I had a black screen with the audio from the movie. Any ideas why I can’t see the picture?

What I want to do is to be able to rip BD discs that come from my rental service and upload them to the AppleTV for viewing later. Naturally, I’ll delete the movies after watching (just as I’ve done with VIDEO_TS folders from ripped DVDs). After all, just a few of these will fill up my AppleTV’s drive in no time.

So, any idea how to get these to play without reencoding?

Unfortunately the AppleTV hardware is not able to handle MKV files above 480p resolution.

Thanks very helpful to know. Thank you very much!

mkv is just a container, so it really depends upon the encoding options that are used to create the h.264 file that is contained in the container…

so a 720p HD h.264 file contained inside a mp4 container that plays on the AppleTV should also play even if it is in a mkv container.

The AppleTV CPU is just not robust enough to keep up with certain advanced encoding features of h.264, such as CABAC. It you can adjust the setting of the encoding to just utilize CAVLC instead of CABAC, in theory it should play. The only difference in using CAVLC is that the file will be larger.

What options does makemkv offer you in the encoding?

Thanks again for the help!

MakeMKV doesn’t give you any output options. It creates what it considers to be the closest to the original (spec wise). So, the BSG BD I used ended up creating a file that has the following specs:

So, I’m using iVideo Converter to convert to:

Does this look like the maximum quality of a file that the AppleTV should be able to play? Any further suggestions are more than welcome.

I downloaded MakeMKV just to try it out, but I do not have any BluRays nor any reader of such on my computer, so I used a normal DVD…

It seems to just take whatever is in the DVD and just put it in a MKV container without any transcoding, so my sample remained MPEG-2 and AC3. I did not try to play it on the AppleTV.

I presume that iVideo Converter is your transcoding program (I use VideoHub).

The video specs look good, but I do not believe that the AppleTV will properly understand 5.1 AAC (does any home equipment?). You need either an AC3 passthrough or 2 channel AAC (which if encoded with Dolby Pro Logic II will produce a nice 5.1 sound).

Yes, iVideo Converter is my transcoder app. I also have VisualHub (which is what I assume you mean’t), but I’m trying this instead due to VH no longer being supported.

If this fails, I’ll try the audio options you mentioned and see.

Someone on another forum said that he believes that the Resolution on an Apple TV can go up to 1280 X 720 rather than the 720 X 480 that I chose. Does this sound correct to you? Which resolution is “720p”?

I use Handbrake instead… seems to support a lot more file formats… VisualHub sometimes won´t work well with mkv (just does part of the file and thinks its done).

And yes, Apple TV supports up to 720p… I always try to use that resolution on all BlueRay material. works out great.

Yes, I understand that Handbrake has really increased its capabilities in the last year…

HandBrake always crashes before it finishes. Not sure why.

Now that the mp4 container can hold AC3 audio files, as well as HD content (in its variants – m4v, mov, etc.), since your purpose is to play your Blu-Ray on your AppleTV, why convert them to mkv containers?

(Revision 4 - Updated 10 May 2012) Now that Handbrake's nightly builds support Blu-ray subtitles, it's pretty much easy as pie to get Blu-ray movies transcoded the Apple TV. Here's how it's done. Materials A Blu-ray drive, such as this Lite-On...

i always try Pavtube Blu-ray Ripper to help me when i come up with such problem. It can convert blu-ray to mp4 your app tv can support.

Well, after many trials, here is what I found:

None of the reliable transcoders worked at all. I was very disappointed with HandBrake (crashing), iVideo Converter produced choppy files at 720p, VisualHub never finishes, Popcorn won’t accept any HD input at all (MKV, ISO images, or even BDMV folders), and the story is the same with DVDRemaster Pro and ReFrame.

So, out of frustration I turned to one of the Chinese companies that operates under a million different names which put out the exact same software under each name and almost always with a nearly identical interface. What really irks me about this company though is that they nickel and dime you by charging you for several different apps. You can’t just buy a transcoding app, you have to buy an iPhone encoder, then an AppleTV encoder, etc.

Well, I’m pleased to say that this doesn’t seem to be the case with Pavtube’s Blu-ray Ripper. It not only rips, but it encodes too. And, it encodes for everything under the sun. The are four different AppleTV settings alone. It decrypted all 4 discs I’ve tried so far and they all played extremely well on my AppleTV at 720p. Things to note (for the curious) are that this app successfully accepted an ISO image and a BDMV folder I made under Vista (Boot camp and VMWare Fusion) using SlySoft’s AnyDVD HD which has to be the best BD decrypter out there. So, if you need to decrypted/rip with AnyDVD HD (in Bootcamp or even in Fusion/Parallels), then Pavtube’s Blu-ray Ripper will easily transcode it, or you can always decrypt/rip with Pavtube Blu-ray Ripper too. It would not accept the MKV file created by MakeMKV.

Also worth noting is that the BDMV folder and the ISO image I made using AnyDVD HD burned a beautiful BD-RE disc at 1080p and played in my PS3 and in my Samsung BD player. What did I burn it with? Toast. The MKV file I ripped with Make MKV burned to the BD-RE disc and played, but the audio and video were out of sync. I think this is because Toast transcoded it before it burned it.

So, If you want to copy a Blu-ray to a Blu-Ray disc, I’d use AnyDVD HD to make an image, and then I’d burn it in Toast.

If you want to rip a Blu-ray to transcode foe an AppleTV, iPod, iPhone, PSP, PS3, XBox, etc, then I’d use Pavtube’s Blu-ray Ripper.

I hope other find this helpful, and thanks to the many people who have helped guide me through this. 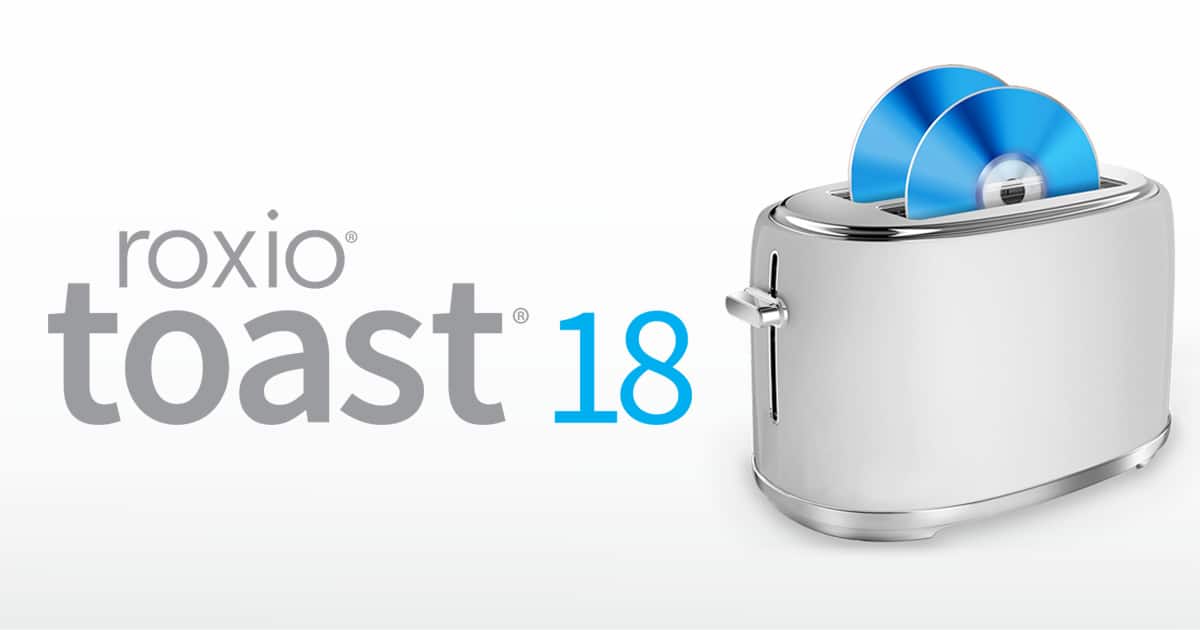 Any chance you might have a small sample from one of your Blu-Ray transcodes --> AppleTV that you could put on my Public Folder on MobileMe for me to inspect? I created a Blu-Ray transcode folder for that purpose:

It’s been uploaded. It’s a small Blu-ray promo I found on the Black Book BD. It shows clips from lots of various movies.

Also, just a further FYI: I had to use AnyDVD HD to decrypt Battlestar Galactica - The Plan because the Pavtube wouldn’t rip it. I did use the Pavtube to transcode it (ISO image), but the Pavtube app won’t rip everything. It also won’t rip the main feature in Black Book, but it did rip this short promo from the same disc. Go figure. So, the bottom line here is that AnyDVD HD is the ultimate ripper, but the Pavtube is a decent ripper and a good transcoder.

2 other limitations from the Pavtube seem to be subtitles and multichannel audio. I’ll keep trying.

Thanks for the sample, however…;

while it sure looks nice, it is only 2 channel sound.

I confirmed this using MediaInfo Mac; is this a flaw in your ripping procedure?

Do you have a sample with full 5.1 channel sound? Thanks!

You are correct, it’s only 2 channel stereo. You can choose between different audio tracks (i.e. different languages and/or commentary), but the settings only allow for 1 channel or 2. Never 5.1 or and multichannel of any kind. It’s not my process, it’s apparently a limitation of the app. Also, subtitles can never be encoded even though they have a pop-up for it.

Also, I’m discovering that it is having trouble with a lot of discs such as WildThings (wouldn’t rip or transcode). I tried ripping with AnyDVD HD (which it did), and then transcoding with Pavtube (it just sat there). So, although this Pavtube app works, it needs a lot of work. Sorry I couldn’t give you a better report.

Ripping Blu-Ray , the best Blu-ray ripping software, is capable of ripping both Blu-ray discs and standard DVDs to your required HD or SD media formats. With full Blu-ray disc supports, it is able to remove different copy protections of your commercial Blu-ray discs, no matter AACS, or BD+. The new released MKB V17 protection is supported as well.