Is there a benefit to getting the 64gb Apple TV?

Does infuse download the full file to the atv while streaming from NAS? I need another one and they are on sale right now. Any benefit at all to getting the 64gb aside from the metadata cache being cleared from time to time on the 32gb?

Just remember, the brand new, must have, it’s all the rage, super application that will be coming out the day after your return period on the 32 GB ATV runs out will absolutely require the 64GB version.

Yes, the 64 GB seems to have helped eliminate the metadata purges for some it’s still best to have and not need the extra ram since you can’t add it.

As to how much of a video Infuse buffers, there are setting to vary this but for the cost difference I’d go 64 just to hedge my bets.

Yes, the 64 GB seems to have helped eliminate the metadata purges for some it’s still best to have and not need the extra ram since you can’t add it.

I think this is probably the biggest reason to get the 64 wrt Infuse. Since I got it I have 0 purges. Was getting them monthly on the 32GB

Thanks guys. I’m going to pick up an open box 64gb from bestbuy.

Is buying an open box that could have been a problem unit returned vs a new one at $139? 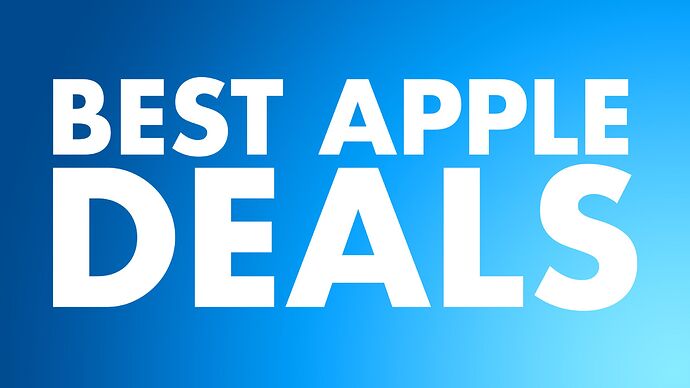 Although not a particularly busy week for Apple deals, we continued to track ongoing solid sales on a few Apple products, including the Apple TV 4K...

an open box that could have been a problem unit returned

In almost all instances returned tech devices work just fine — the purchaser just didn’t understand (or have the patience) to make it work; or had misunderstood what the device actually does.

Stuff like buying an AppleTV and not understanding home networking; or that you’ll still have to pay for Netflix.

Well I’m not hitting very good odds with Best Buy returns, I’ve had one purchase of an “Open Box” and it had a previous model of what was suppose to be in the box. I guess the person who returned it did a “Free Upgrade”.

Also had an “Open Box” that kept turning itself off after 30 minutes of use.

Your mileage may vary but for a few dollars more I’d go new and save the return trips to swap things again.

I guess the person who returned it did a “Free Upgrade”.

Oh, dang. Well, no accounting for a-holes and careless employees not checking the boxes, I guess. That’s a bummer. Can’t vouch for Best Buy (don’t think I shopped there since I had a summer job selling TVs decades ago) but I’ve had generally better luck than you describe with Amazon Warehouse purchases.

At least the lemons reveal themselves early enough you can still return them … but yeah, if the price difference is negligible, it might turn out to pay in convenience or piece of mind to splurge for new.