Ignore 'The' option needed when sort by filename is used

While I finally got Infuse to show folders up front by adding a ‘_’ to each of folder names, the issue still remains that when using a sort by filename ALL MOVIES beginning with ‘The’ are unfortunately grouped together and placed in the T’s. PLEASE PLEASE, can an option be added to filter out “The”. Example with that filter in place, ‘The Hunt for Red October’ will be placed in the H’s where it belongs.

Using Title as a sort vs filename does not help either because, for example, all the Bourne movies will not show together since one of the movies title is ‘Jason Bourne’ which shows up in the J’s instead.

Can we place get this added in the next release as an option?

all the Bourne movies will not show together since one of the movies title is ‘Jason Bourne’ which shows up in the J’s instead.

If you use the sort by title you can still see all of the Borne movies together in the Library either under collections or under all movies if you have the " Collections" setting turned on in the Infuse settings.

See what I initially said. I need to use filenames to get folders up top.

How many “The” movies do you have? I would recommend removing the “The” from your file names because it could be a while before any updates.

I need to use filenames to get folders up top.

Ok, I moved your post to the suggestions forum so others that may want the same option to ignore “The” in the file name when using sort by filename can add their support to this.

Further information. The filename sort only allows the folders up front (using ‘_’ as first character) if the share being used is SMB based not plex based. So the OPTION to ignore ‘The’ must be set to work with Infuse accessing SMB shares.

If you switch to sort by Title things should work as you are hoping for.

Folders on top and ignoring ‘The’ when sorting.

Well don’t know what I was doing before but took your advice. When into Infuse on the apple tv4k and changed the sort to title. Sure enough, folders are at the top AND I don’t need a special character on the front side of the folder names to force them to the top anymore. Plus, ‘The’ in titles are ignored! All of this is with using an SMB share. Thanks to all for getting me straight on this. Much appreciated!

Now to see if this will all work when using a Plex share vs SMB.

After further testing there appears to be a scenario that there currently is no setting solution.

First of all: if using a Plex share to my movies folder over on the iMac, both the sort by title and sort by filename do not show the embedded subfolders at the top of the grid screen. Sort by title does take care of eliminating movies beginning with ‘The’ from being sorted down in the 'T’s.

Second: the only way to get subfolders to display at the top of the grid screen is by using an SMB share, which can be done with setting Infuse to sort by title. However, since this sort seems to be hard wired to the actual movie title out on the net, all the Bourne movies do not show together since the last in the series is ‘Jason Bourne’ and is put instead in the Js even though I have the actual filename as Bourne Jason.mkv. If Infuse is set to sort by filename, subfolders do show at the top of the grid, all the Bourne movies show together BUTTT, all of the movies beginning with ‘The’ are now placed in the Ts.

The solution that is missing when using SMB Shares with sorting by filename: to ADD logic option to ignore ‘The’ in the sort by filename function.

Instead of browsing via folders you might consider using the Library, as this will group sequels nicely into their own collections.

The Bourne Collection would appear under B, and the titles inside would be sorted by release date. 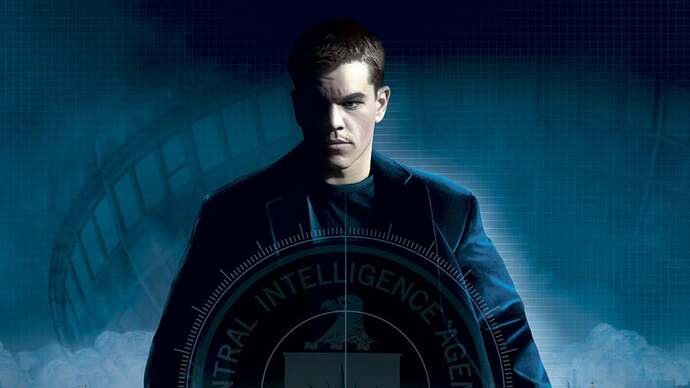 The Bourne films are a series of action thriller movies based on the character Jason Bourne, a CIA assassin suffering from extreme memory loss who must figure out who he is. The character is based on novels by Robert Ludlum. The fourth film in the...

Tried the Library approach. Subfolders do not appear at the top. Collections has been an ongoing issue since Plex themselves brought it on. The concept is understandable but the application is not up to what it should be. One example, they are not displayed at the top of the grid and instead burried in the sort. So you go to watch something you have to continually scroll down to get to the collection . Ergo, the use of folders which is a simple straight forward approach that everyone in the household gets. Kid’s Movies, Chich Flix, Star-Wars, Star-Trek, Westerns etc. All right there on one screen. Anything else, scroll down. 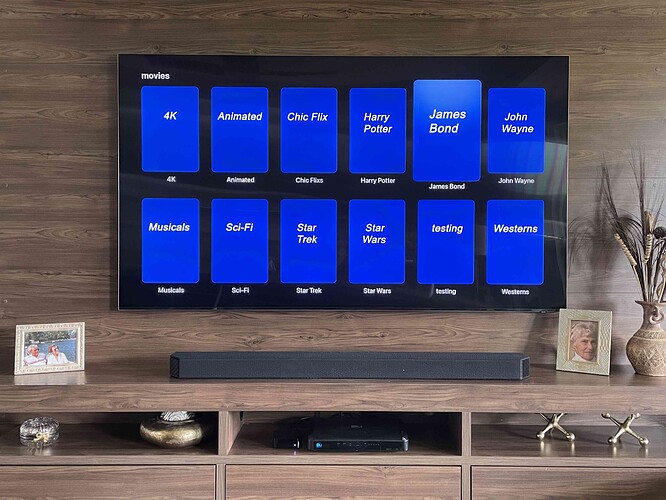 If you want to see all of the collections together you can do that in the Library under “All Movies” > “Collections”.

This requires more and unnecessary button pushing and more scrolling. Collections is a concept that has not been thought out to the level of who the user’s might be. As requested: PLEASE implement the user option to ignore ‘The’ in the sort by filename logic.

You could also looking at adding an extra favorite to the Home Screen.

One would be a folder view which would display all the folders you have set up.

Another could be for the All Movies category if you want to have access to all the movies, including auto-grouped collections.

Additionally, you could also a favorite for the Collections category itself, and this would display auto-grouped collections with a single click from the Home Screen.

You can pin pretty much anything as a Favorite (or a list) and have it appear on the Home Screen.

Appreciate you chiming in James. Let me take these one by one.

Extra favorite: yes but given who to user might be, it can complicate the experience. Then you have to potentially back all the way out to chose a different favorite. Lots of extra interaction required

Folder view: works but again if you go this route this issues I’ve pointed out are still in play.

All Movies: the collections are buried in the sort plus the user is usually looking for a specific movie and might not recognize seeing it especially if the collect has more than 4 titles in it. This app is a visual experience for many users and as such they are naturally looking at the movie thumb posters to locate their movie. Not a clean solution.

Collection favorites: will every user know the movie they are wanting to watch is actually in a collection. Again more selections and choices are required along with again having to back out with multiple button interactions in order to go see something else. Not a clean solution.

Fundamentally, there are two approaches here that are geared towards either a sophisticated use or a more general user experience. What has been pointed out falls in the first vein and no doubt will satisfy a number of households but that approach isn’t user friendly to some, which in my opinion, should be akin to one-stop-shopping. Simple to access, easily understood by all users of all levels of expertise and the least complicated to interact with. The addition of my request for an option to the sorting logic will complete that set and allow Infuse to be setup for either simple or more sophisticated households. Please consider implementing.

I personally quite dislike the fact it ignores “the” in some sort modes. Maybe it will be a good idea to add a separate option to ignore “the”, or not, in names for all sort modes so it’s consistent.