You can do this already via homebridge by linking into the Apple TV generic play/pause status and it would work with Netflix / iplayer or whatever else as well.

It’s not ahead of its time.

A few years ago Kodi did it with just a addon.

It’s true to say that Apple are taking their merry time adding functionality to HomeKit. At least IP TV, IP Bluray and IP Set top box functionalities should have been available from the beginning.

I 've done KNX for a living for the last 10 years, and all the posh houses bolt a Crestron or Savant or similar AV interface on top to manage the AV and Media - and it’s all integrated and we’ve been doing this for 20 years already.

Homekit is directly competing in the KNX space but strangely, not in the AV space - given that they have Apple TVs which totally eliminate the need and cost of a full AV system. One in each room and BOOM. A value added ecosystem tie-in that costs them nothing but code…

Anyway I digress. Homekit support would be awesome if its possible through the proper channels.

You might be able to justify that Infuse is acting as a remote to trigger events on a play event, and on a pause or stop event.

Edited the post as it was accurate as far as accessories - but not for tvOS apps. It would appear this feature is quite possible without needing MFi certification or for the app to pretend to be an accessory.

Thanks for your interest and lengthy posts, but I think you’ve lost your way.

We, and other Philips Hue supports, do not want Infuse to became an accessory of any type to HomeKit.

We just want some simple shortcuts to scenes and devices already added to the HomeKit with a little bit of magic and automatization.

Creating a HomeKit app is just like creating a “Fart app” or supporting RMVB file format. Programming based tasks, not politics.

To give you examples: 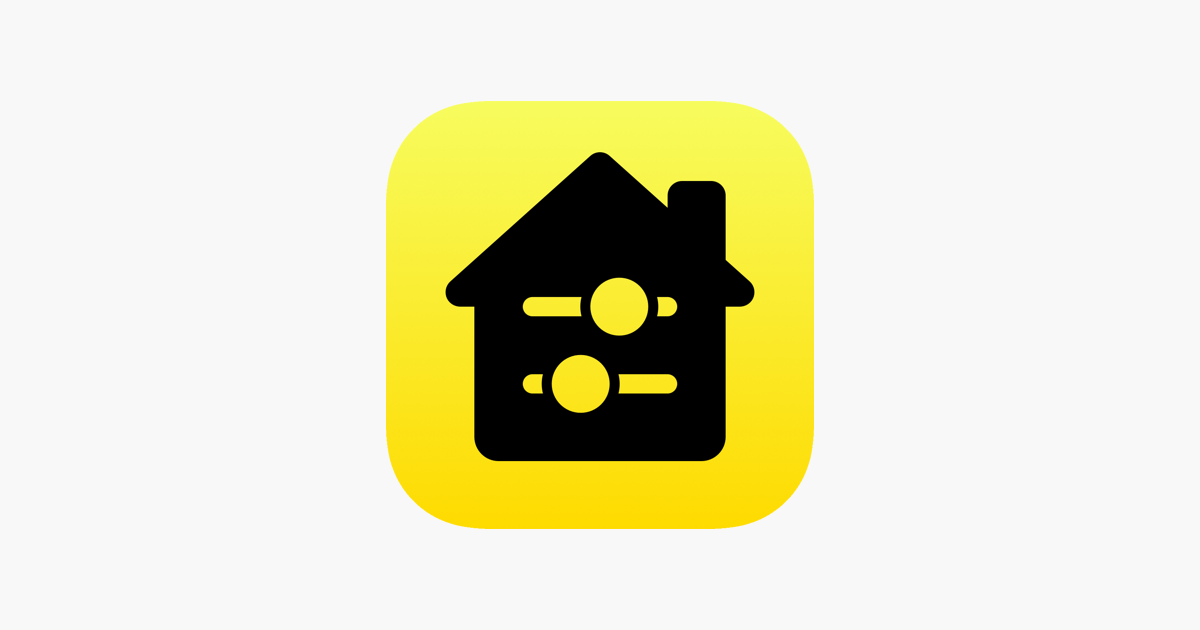 ‎Home+ 4 is the only full featured HomeKit app on the App Store which supports all HomeKit automation features. You can control all your HomeKit accessories from different manufacturers in one app and create your very own smart home. iOS 13 Home+ 4... 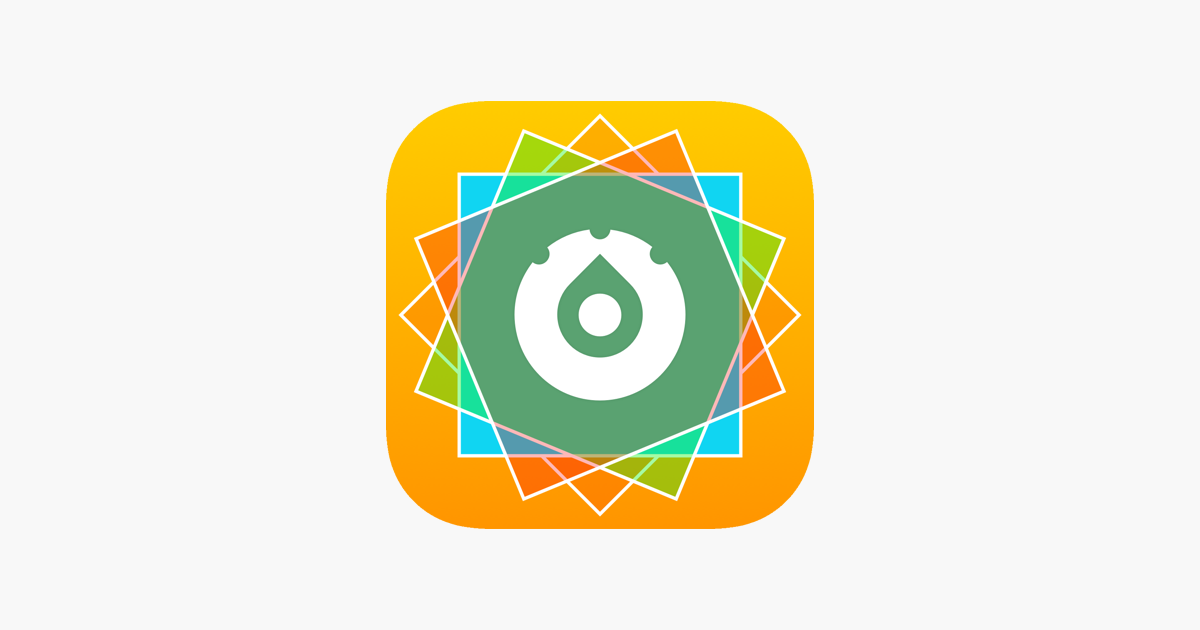 ‎Hesperus is a simple and beautiful iOS application that allows you to setup, manage and control all your HomeKit accessories. It also features a really powerful automation tool for you to quickly create rules to automate your home. •... 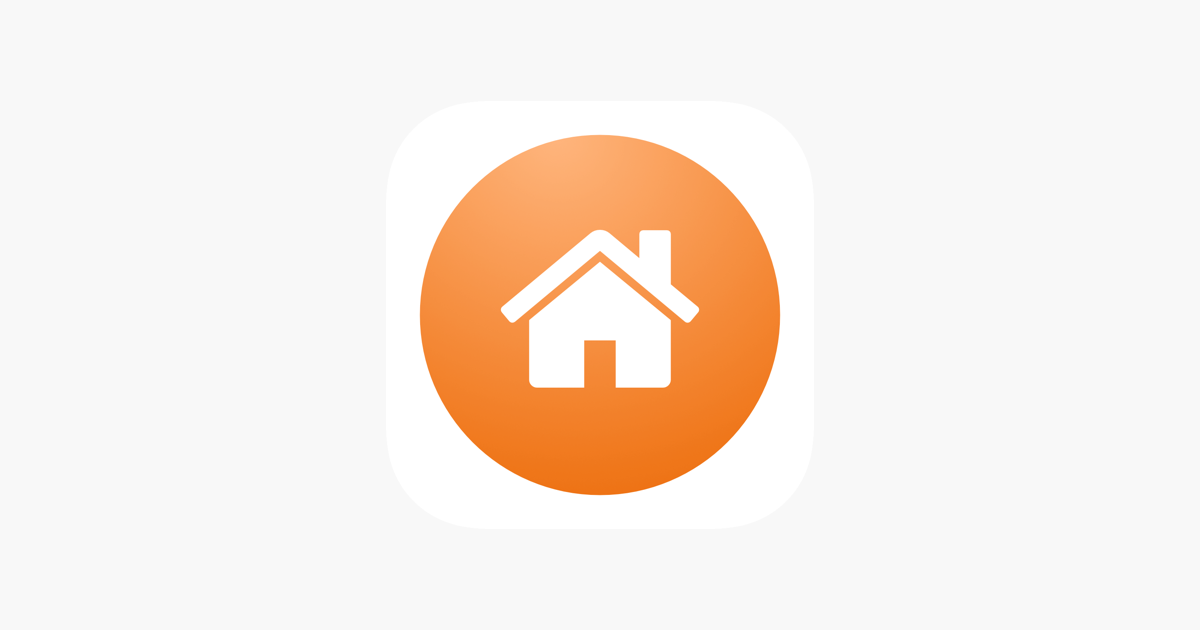 ‎Controller helps you to control and manage your HomeKit devices. Backups save your laborious created setup. Workflows enable new ways to control your home with Siri. Control views are helping you to keep track. TL;DR ● Backup and restore - Save... 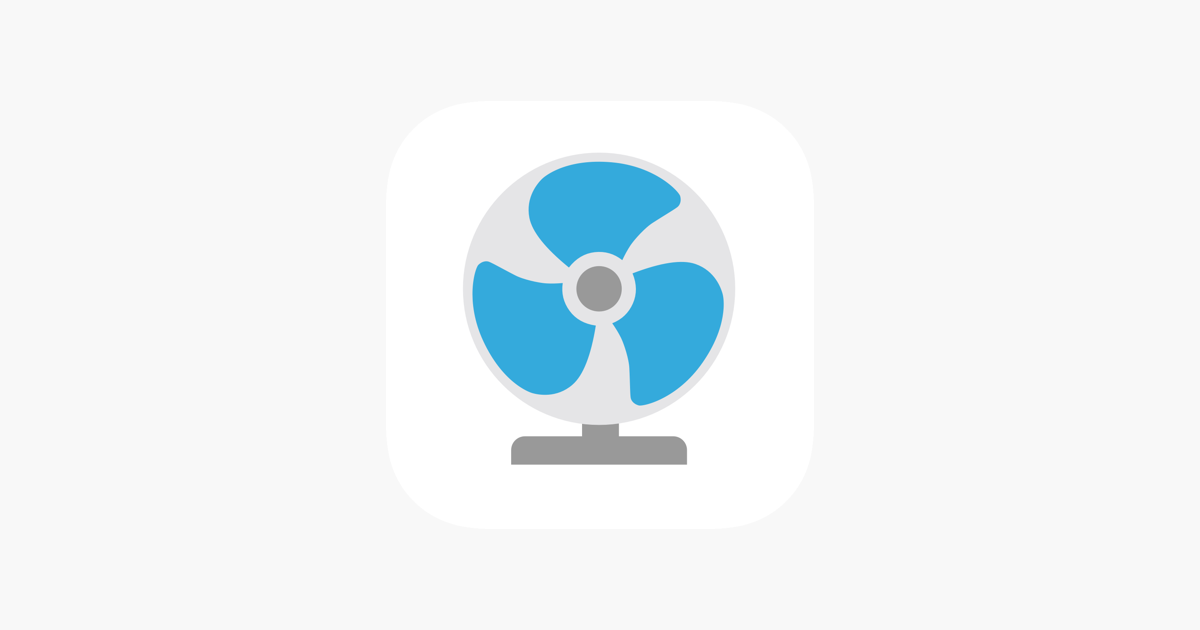 ‎Devices is the Apple HomeKit app that lets you manage and control smart home devices quickly and intuitively. Each device is represented by a specific icon. There is no complicated menu structure – all devices are shown in an overview and can be... 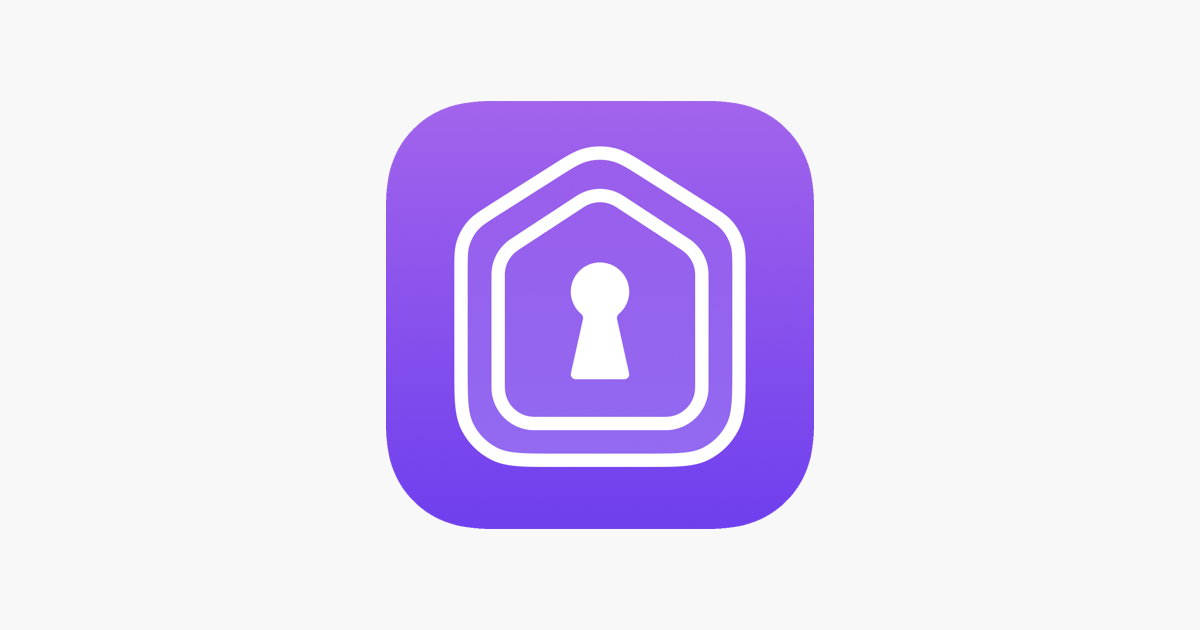 ‎HomePass allows you to get rid of that old notebook and store your HomeKit device's codes right on your iPhone or iPad. “HomePass is a must-have utility for HomeKit enthusiasts.” - 9to5Mac Featured on 9to5Mac, MacStories, iDownloadBlog,... 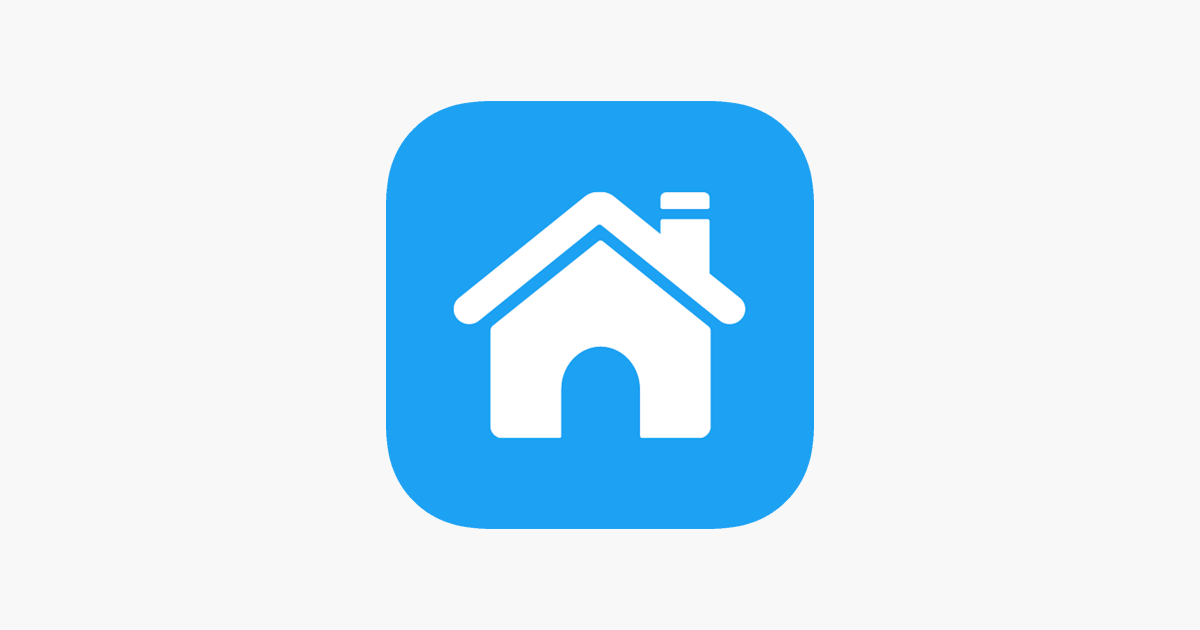 ‎myHome Plus - Control for Nest, WeMo, and HomeKit

Or other apps strictly made for Apple TV (see the attachment) to which I can’t link for known reasons.

Those developers are not members of MFi program, nor do they introduce any new equipment to HomeKit.

A good example of a great HomeKit app is: 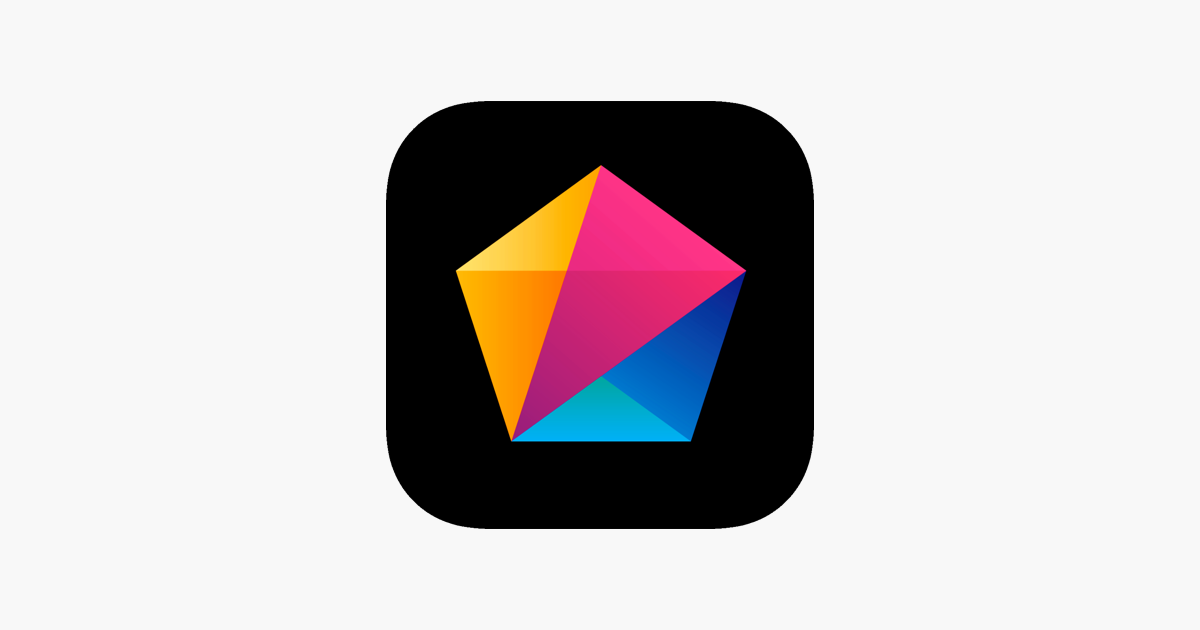 ‎HomeDash ist the most beautiful and intuitive way to control your HomeKit devices. HomeDash is the complete HomeKit solution that supports all important HomeKit functions. The app was developed with a clear focus on a great user experience,...

This app allows to set and see things that Apple won’t let you see and set in HomeKit, it taps in the devices characteristics and supports hidden features of many HomeKit devices : )

So yeah, to sum up, Infuse could easily tap into the HomeKit framework to control it directly, without the need of some additional Homebridge services operating on Raspberry Pis which the price is an equivalent of 4 months of electricity bill in Poland.

Fair enough - it looks like you’re quite right.
I’ll tune out then.

Being able to trigger a HomeKit scene on play, and one on pause/stop would be really cool.

Fair enough - it looks like you’re quite right.
I’ll tune out then.

Being able to trigger a HomeKit scene on play, and one on pause/stop would be really cool.

+D =D :biggrin:
I am waiting with great excitement.

Just a note; I’ve got homebridge working in my home and there is nothing simple about it. Even the easy to deploy packages will require you to roll your sleeves up and get into various terminal action, JSON file adjustment and various other package and dependency challenges that you will face. If you tech savvy - you’ll get it working but it might take a few days to get all the packages you want going.

if you do - you can achieve this functionality in homebridge with this plex plugin:

A plugin for homebridge that adds sensors for Plex playbacks

it will only work with plex triggers, but it has some good filtering rules per player and per user.

Or you can achieve this with this plugin for all play/pause stop on the apple tv - and you can set this up only on a per-apple-tv basis. But it will also trigger when you airplay music or do anything else on your apple tv:
“The Theater Mode Switch is used to toggle theater mode on and off. It is recommend that you turn this off when you are done watching. This will prevent your lights from going crazy when you start AirPlaying music later.” That doesn’t sound usable to me, if you have to enable and disable it all the time you might as well manually trigger your homekit scene. Not a solution for me - unless you only use the apple tv for visual media.

A homebridge plugin for reacting to Apple TV play/pause events.

But really this post is to comment - the average user base of infuse are not going to enjoy, nor will they want, to setup this system which - i should remind everyone - could potentially stop working at any moment like the airplay video support did in kodi. It’s been hard work, lots of fails, lots of frustration, had to completely delete and rebuild my Homekit Home at one point for reasons I can’t explain.

Making this function truly accessible would be amazing.

Any simple HomeKit integration at first would good.

Just an optional button (activated in the settings) near the main Play button which could trigger selected scene would be great.

Not quite - the hue support request is for Hue Entertainment which is immersive real-time rgb lighting effects in time with your movie. You’ll not be able to achieve that through HomeKit certainly not in the foreseeable future

But HomeKit support would definitely be cool

Not quite - the hue support request is for Hue Entertainment which is immersive real-time rgb lighting effects in time with your movie. You’ll not be able to achieve that through HomeKit certainly not in the foreseeable future

But HomeKit support would definitely be cool

It’s been a while since I read that thread. You’re absolutely right–Hue Entertainment.

I’m a LIFX user, but would consider selling it all for some of that Hue Entertainment stuff.

I also run home bridge and it is a bit of a pain (Luckily I’m running it on ESXI so if & when I nuke it, I can restore the previous snapshot. Way less painful than raspi’s and what not).

I would however accept a homebridge-infuse thingamajig

What sort of Homekit support is planned ? As a media player ? I dont see that as an available category

What sort of Homekit support is planned ? As a media player ? I dont see that as an available category