Hi, in the case of the iPhone and iOS 14.5 I think I pinpointed the problem. Seems that this issue happens when Autobrightness is turned on in the phones settings. I recall something similar happening I think on the iPhone XS, it has mostly to do with some iOS bugs. I will report my findings to Apple too

Just noticed that when I turn of automatic brightness in the iPhone settings I don’t get the frame skipping anymore… will do more testing, already reported to apple too.

This issue (frame skipping) occurs in tvOS 14.5 beta 1 also. It’s unrelated to a brightness setting because in this beta Apple appears to be trying to fix the integer/frame rate mismatch i.e. 23.976/24 fps. Hopefully beta 2 will correct this.

How do you know this? Also strange because I don’t have that behavior when auto brightness is turned off. Either way it’s most likely related to iOS

I am in the dev program and there is a tvOS beta forum where almost all of the discussion is about this issue. I wasn’t aware that this was also a problem in iOS until I saw your post but it makes sense it would be for iOS and iPadOS in addition to tvOS. In any case I’m sure it will be addressed soon.

Thanks for the info, I hope ppl are reporting it. There was a similar problem with the Xs when it came out, iOS 12 and the new CPU, there were big issues with the frame drops on video playback, the problem hasn’t been fixed for several months. I was reporting the issue every niew iOS build…… I hope they’ll fixt that soon and not in several months….

tvOS 14.5 Beta 2 came out today, and It now FINALLY supports both integer and fractional refresh rates, including 23.976Hz and 24.000Hz. Seems like Infuse will need updated though, because of its custom video player, as it’s still outputting everything at 24.000Hz.

Are you sure it’s not respecting the Match Frame Rate flag? I thought @James said it did.

Seems like Infuse will need updated though, because of its custom video player, as it’s still outputting everything at 24.000Hz.

We’ll be getting things tuned up for tvOS 14.5 and the new output options soon.

Are you sure it’s not respecting the Match Frame Rate flag? I thought @James said it did.

23.976 FPS matching works on pre-14.5. It seems they changed some things and Infuse needs a few tweaks.

Yeah, it does, the “still” outputting part of my comment was specifically about tvOS 14.5 Beta 1. Stable releases of tvOS output 23.976fps content at 23.976Hz with Infuse.

Awesome, glad to hear it! One thing I thought was kinda odd I noticed too, is in the past infuse seemed to correctly pass through correct MaxCLL/MaxFALL HDR10 metadata on a per title basis, but when I was testing out 14.5 Beta 2 today, I noticed it seems to be passing through dummy values for those now. Could you take a look at that too, if you weren’t already aware?

hello james, can you say when the compatibility of the 24.000 that apple has just included in version 14.5 will arrive, before the final version or during the beta ?, i’m in a hurry, the jerks are so unpleasant. thank you (forgive me for the english)

Just want to say that the problem I originally reported isn’t related to the tvOS one. It seems it’s related to how the auto backlight is done in the iPhone 12 Pro, possibly Pro Max too. If it was a problem regarding the tvOS issue it wouldn’t go away after turning off the autobrightness setting, that’s for one, secondly it would be obvoius all the time, since frame skipping would rather be constant and apparent all the time, while when the issue happens it can be good for 10-20 seconds and then skip, it’s rather easy to observe, just play a movie and cover the iphone light sensor, and uncover, you should see obvious stutter in movie playback (at least obvious for me), need to also emphasize that some ppl don’t register the stutter at all, like my wife…

Unfortunately the Apple TV has never been able to pass through MaxCLL/MaxFALL metadata, regardless of tvOS versions.

will this be fixed in the next release, I presume this will only happen when Apple release the public update for firmware 14.5.

Perfect, thanks for feedback.

To be honest I installed mainly for Netflix as many shows run at 24hz but also 23.976hz so it fixed that buy broke Infuse which had been tweaked to run at 24hz.

For the time being I will use my Nvidia shield / Kodi for streaming movies from my NAS until Infuse is updated.

Today, we have a new beta which adds support for both integer and fractional frame rates on tvOS 14.5.

If anyone is interested in taking this for a spin you can join the TestFlight group using the link below.

Note: We’re also submitting this to Apple today so if all goes well it should be available on the App Store next week. 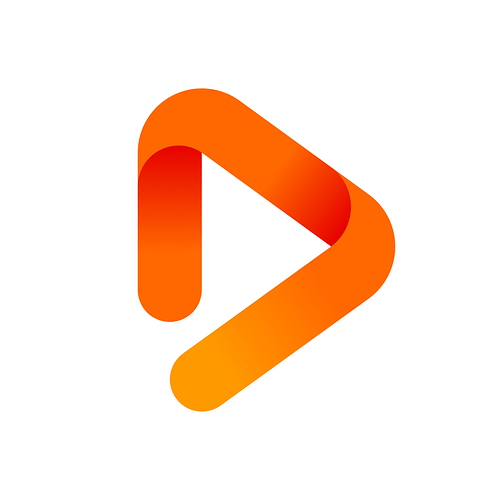 Available on iOS and tvOS

I’ve just added you manually, so you should be able to install on Apple TV without an iOS device.