Having an issue with an anime series, Initial D, where Infuse is matching the metadata correctly at the file and season level but not at the top folder level. 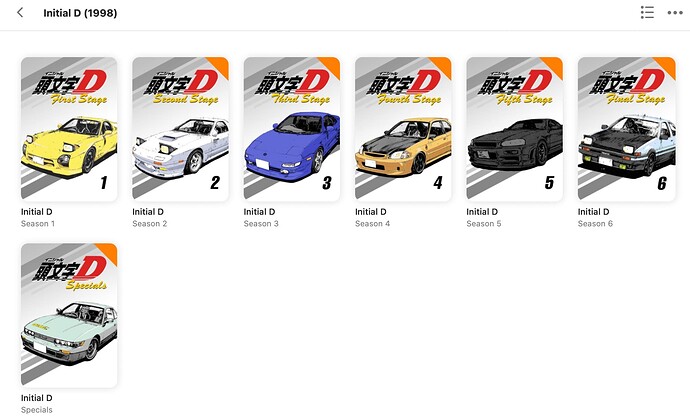 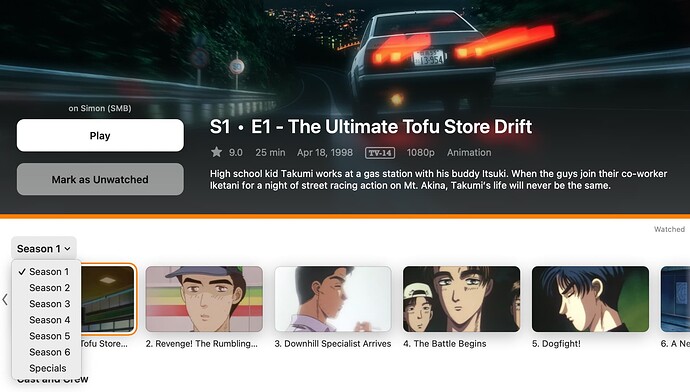 I’ve had this happen in the past and it hade me stumped for years, but recently I figured out it’s usually due to the filenames using a different show title than the folder - for example, using different languages, or having the folder have an extra space after the name. Once I realized this was the issue, I was able to fix the 5 cases I had this happen in… except for Initial D.

I’ve renamed both the filenames and the folder to match, added the release year to both, double and triple checked for hidden characters/extra spaces… nothing. I’m sure there’s a pretty straightforward fix. I’ll be honest, for a very long time I had thought this was just a bug in Infuse and just hadn’t brought it up here, but after figuring out what was going on with the other folders, I’m sure I’m just missing something obvious for this one. 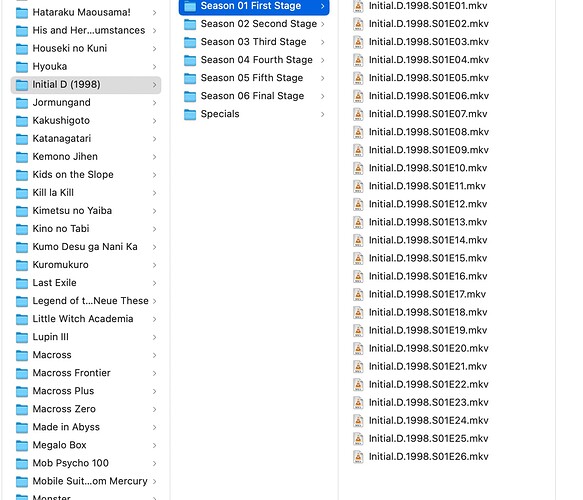 Never mind!! After posting the screenshot like you requested, it dawned on me that I hadn’t tried renaming the season folders to just “season 01” “season 02” etc. without the title. That fixed it!

Thanks for the help, I’m sure you’d have seen that straight away.

Glad you got it! You may want to also name the “Specials” folder “Season 00” and the file names would be “Initial D S00E0x.mkv”

You can find the special episode numbers on TMDB.