I rip my Blu-ray disc collection to MKV, keeping the original video and audio tracks (no re-encoding). When playing back these rips with Infuse, I’ve noticed that movies with DTS-HD audio, especially those with loud scenes (expositions, plane flyovers, etc), have distorted audio.

To replicate the problem I made a temporary testing setup to allow me to capture audio from the Apple TV onto my PC with Audacity. I used a HDfury DIVA, which lets me force the HDMI EDID to stereo audio. This device has SPDIF output, and I connected this to a SPDIF input on a USB audio interface connected to my PC.

For testing I used clips the following movies:

These clips were created by first locating a section of the movie which exhibited the audio distortion. I the used FFmpeg to extract a short clip of the movie, starting at the problem timestamp. FFmpeg was set to copy the audio (no re-encoding). I then play these clips with Infuse and VLC on the Apple TV from a Samba share on my NAS.

My test capture setup is as follows:

Here is an screenshot of Audacity with 3 captures of a clip from The Dark Knight Rises.
From top to bottom:

You can clearly see that the volume of the Infuse capture is louder than the others, and this loudness results in lots of clipping. Listening to this capture, you can hear distortion, and voices and other sounds become difficult to hear. 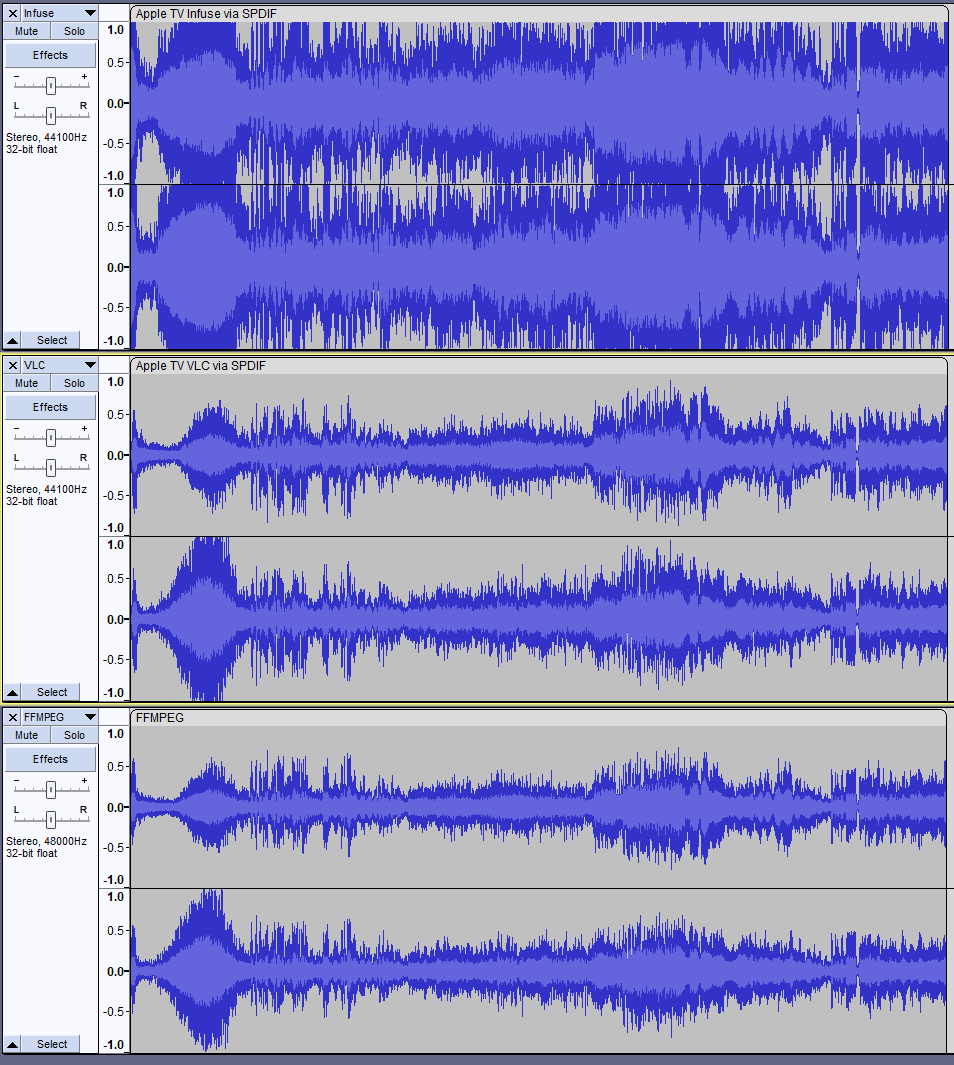 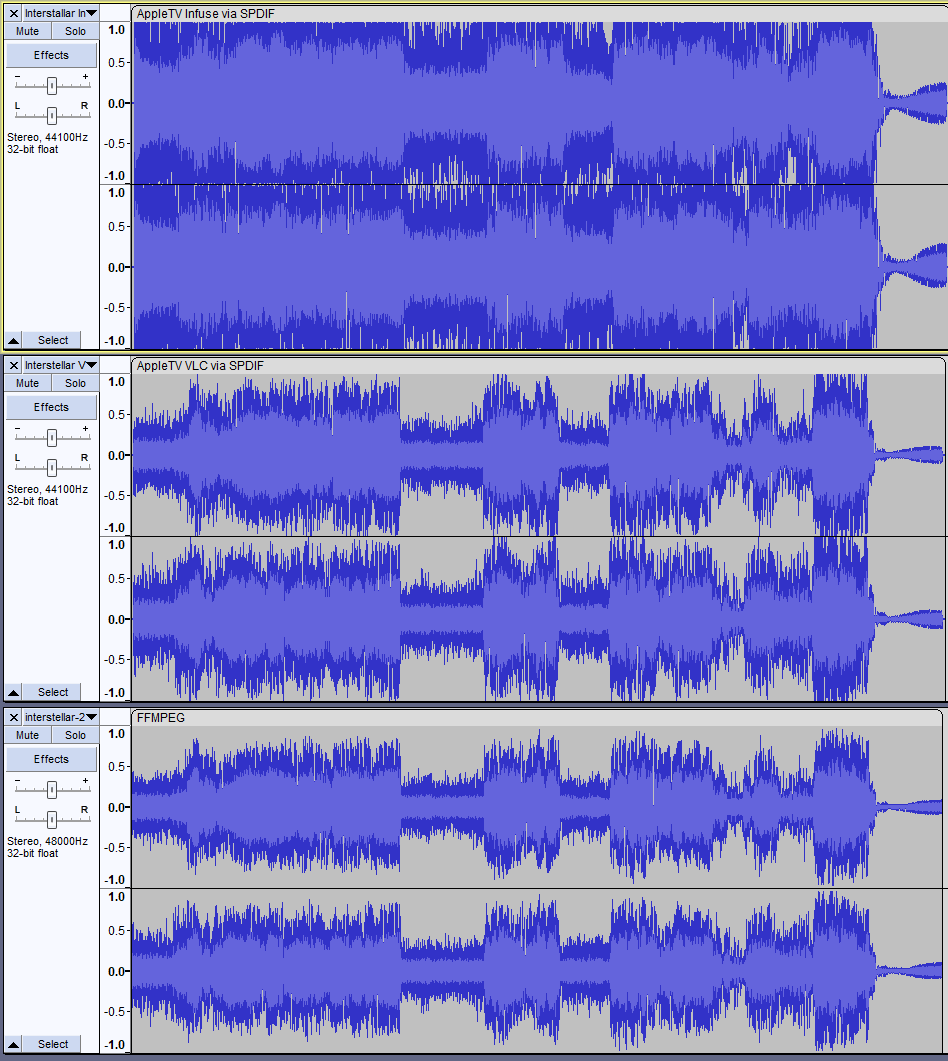 Here are the SPDIF captures of Infuse playback (converted to AAC for upload to the forum):

And here is the audio extracted from the clips using FFmpeg with default downmix (e.g., ffmpeg -i dkr.mkv -ac 2 dkr-2ch.wav) (converted to AAC for upload to the forum):

For the Infuse developers (and anyone else interested), I’ve uploaded the clips I used to test (with the video tracks re-encoded to a much lower bitrate to save space), and the WAV captures from Audacity.

Thanks for the super-detailed report!

We’ll look into this to see if we can uncover what is going on in this case.