When I watching video in PiP mode, I found the subtitle is missing and it is still not shown even infuse is switched into normal window or full-screen mode. Though I could turn off and on subtitles to workaround. It seems to be a bug in public beta 6.

This may at least be partly a bug or limitation of the macOS PiP implementation. I have an extension to let me use PiP for videos in Safari which I use for Netflix, Hulu, etc and their subs never work in PiP

The lack of subtitles in PiP is an iOS/macOS limitation. The bug in Infuse where switching back from PiP doesn’t automatically re-enable the subtitles has been present in the iOS version for as long as I can remember - I’m not surprised it’s also in the macOS version. This would be a nice fix.

The iina player can play the same video with the subtitle in PiP. But I do not know how it works.

I tend to use PiP often with my iPad. And I noticed from other apps that it’s possible to have subtitles in PiP. Unless there is a setting I’m overlooking, but I was hoping it could be implemented into Infuse. If it’s possible…. Just a suggestion.

As of now, PiP subtitle isn’t avail. Any workaround or idea if the developers are working on it?

Same request here, i would like that infuse has PiP function working with subtitles and also 10sec rewind and fast forward.

It is annoying to need to remove PiP to rewind or fast forward and also no subs for foreign content.

Besides that the app is wonderfull!

Same here, I really rely on subtitles… I have issues with interpreting fast spoken text, so I need personally need the aid of subtitles.

But I’m sure this bothers many people. Please fix this!
Also 10 sec back & forward controls. And the progress bar has no relation to the current position (it keeps progressing till the end ~1sec and then restarting an some kind of infinite loop).

Thank you very much!
Although there’s room for progress, Infuse is the best video play that you can get on iOS/iPadOS. Any other video player on just sucks compared to infuse, especially the PoC built-in video “player” provided by Apple.
Without infuse I could never even dream of watching a video (file) on my iPad (or iPhone)

This topic is still waiting for developers’ work. Please solve the bug. I saw many apps can work well with subtitles in PiP model.

Hi - new user to Infuse 7. I have a subscription for the HDR support.

There are no subtitles in PIP view. This is somewhat of a deal breaker because I am deaf. Can I get a estimate of when this will be fixed?

There are no subtitles in PIP view.

I have moved your post to a currently running thread requesting this feature.

This thread is currently tagged as “planned” so it’s getting to the short list for the developers.

You can keep an eye on what’s coming here.

7.4.1 (June) Problem with external subtitles in Jellyfin 10.8 7.4.x (pending) Option to use alternate episode order Fetch backdrop from “No Language” tag instead of specific language tag Option to disable backgroun…

+1, this one is kind of a no brainer and a much much needed feature. Any news on it? Infuse is the only player I’m using not displaying subtiles in PiP

Any news on it?

Note this suggestion is tagged as “planned” and you can see what that means here.

We’re starting to add tags for topics in the Suggestions area to better communicate our plans for future updates. Not all topics will have tags, but here’s an overview of what the current tags mean. Pending = Feature/issue has been queued for review (usually applies to bugs) Researching = Feature/issue is under investigation Wishlist = A good idea for a future update (no ETA available) Planned = Feature has been given a loose internal timeframe (no ETA available) In-Progress = Feature …

You can also follow what new features and bug fixes are coming up here.

pretty much the title

pretty much the title

I moved your post to a currently running suggestion thread requesting this feature. 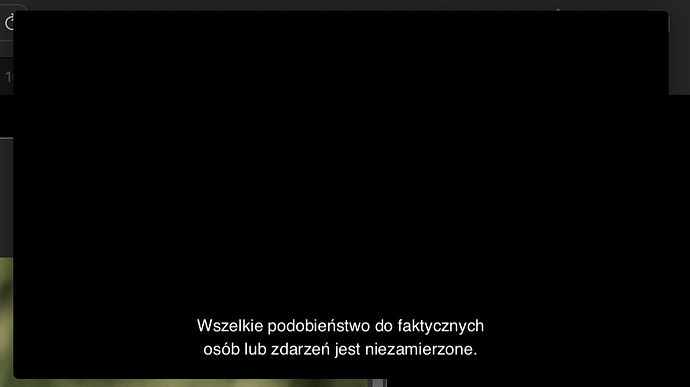 So it’s definitely possible to implement, and I wish it could be implemented

I wish it could be implemented

This thread is tagged as planned so the software elves must have an idea.

must be at least 5 characters

Can I ask you folks, using PiP and have an M1/M2 Mac, M1 (maybe it’s a CPU issue), I’m using PiP very often, not only in Infuse, YT in Chrome/Safari, other streaming services like Netflix, HBOMax, Disney+, have you guys noticed that the video freezes or skips a lot (not always) and the skipping stops after you move the mouse or hover the pointer over the PiP window, this also of course happens with Infuse too, that’s why I’m asking, this is not an app related issue, rather OS, can anyone confirm? Has anyone reported this to Apple? (I have but Apple didn’t acknowledge the problem), the issue mostly happens when you actually stop doing anything on the Mac.