Developing Infuse for Android vs Apple

Slight change of request from the one I would have made a few years ago. I’d still love to see Infuse for Android TV but not to focus on the Shield like I advocated before. I’ve switched to using a Zidoo z9x and it blows everything else away. So I’d love to see Infuse now as a “generic” AndroidTV app with an option to use the device’s internal player so that the VS10 engine in it is still used. Or bonus points if the Infuse player can take advantage of it but I figured that was too big of an ask.

I like this suggestion as I am fed up with the Shield and Kodi and have moved to Zidoo. I would love to see Infuse for generic Android TV platforms as you could then install in on TV’s such as Sony.

Cool, I’m not alone. I’ve loved my Zidoo since switching to it.

I moved to Zidoo, too. And I really love the hometheater.
It looks great, and gives a much better access to your library. Kind of more inspiring.
Kodi is a real drag. I used it on a shield pro, as I wanted real true hd Atmos.
After I was looking for 3D movie options, I found the Zidoo, and it’s doing everything, I need. I also like the picture adjustment options.
Anyway, infuse on a Zidoo, with all its options would be just Phantastic

Assuming Infuse can only provide such smooth playback as it does for such a wide array of codecs (including 4K x265 DV etc.) because it utilizes the power available in premium devices; porting that to Android would probably be a nightmare because lots of Android devices are woefully underpowered.

So should Firecore only port Infuse to specific devices with the necessary firepower? Or degrade quality to run on sub-par equipment?

My opinion is that the main problem of Android devices is Android itself. No one optimizes this operating system properly and the technical support period is very short. New models of devices with a new Android are often released. And they safely forget about the past models.
Therefore, it is difficult to write and adapt a good program, while there is practically no technical support for the device itself.
And of course, the technical characteristics of the devices themselves also leave much to be desired.

Of all the media players I know, only Nvidia Shield has more or less good technical support and hardware. And more or less good player support from Xiaomi.
All other brands often change the line of their devices, optimize various bugs in the software extremely slowly and quickly stop support.
For a combination of reasons, as well as too many Android devices, it will be very difficult to optimize infuse and perhaps even economically unprofitable.

All you say is correct but nothing prevents Infuse from writing an Android version with a few selected devices in mind just like the Nvidia Shield.

Also, as mentioned several times, Nvidia used to sponsor such (or part of) this effort.

But, leaving aside for a second who pays the bill, this project can also be called diversification.

What if Apple would suddenly stop developing the Apple TV? I mean, ATV+ is everywhere, the latest few version of TvOS are nothing less than incremental releases, less and less focus at WWDC, and also hardware-wise the 21” model removed the game remote controller interactivity introduced with the former one.

Then if James wants to bet this entire business on a single device owned and maintain by a single company, well, honestly good luck to him and all of us.

And what if Nvidia does not develop new media player models and closes the Shield project?
If you look at it, the Tegra chip has been around for a lot of years and Nvidia is not showing or developing anything new.
While Apple has a large number of chips, it continues to develop, implement and update operating systems.

Many people are building home theater systems and showrooms based on Apple TV 4K. And people are happy with this, as it is convenient to use this media player.
Therefore, based on all that has been said, there is no need to worry about the termination of the release of Apple TV 4K

Interesting topic so I moved it where it can continue without turning the suggestion thread into a debate.

Interesting conversation, but I bought and use appletv because of infuse, not cause appletv is any good. The minute infuse spreads out or an infuse copycat appears, I’ll drop the appletv.
No one system is the best, it’s the apps that keep the customers.
Appletv only has a small portion of the home media market.
Firecore produced a good product and my view is everyone wants it and complains when they can’t get it.

infuse is without a doubt a cool app. The best video player I’ve ever seen.
But the fact that it works so well is not only a concern of firecore. Powerful hardware and a perfectly optimized tvOS operating system are also of great importance here. Without these two components, infuse will lose a lot.
Therefore, do not underestimate the importance of the fact that infuse is designed specifically for Apple TV 4K.

I have actually moved from Infuse to Hometheater 4 on Zidoo.
The Zidoos are running Android 9. But it is not relevant. As they do not do all these ads and stuff. Its just running smoothly in the background.
The reasons for my change are:
True HD Dolby Atmos
3D movie
Adjustable Picture parameter
flexible DV and HDR handling
And last but not least I prefer the way HT is handling all the organization of the movies.
Also it has a great poster wall with more options than infuse.

I am a real early adaptor of infuse, and really love it.

If it would ever come to a device like the zidoos, I might go back, if it has the same advantages as the HT4.
I had the shield as well for a year or so, due to true atmos.
But the shield and especially Kodi is a pain.
There are some little querks of course, on the zidoos. But they are on other systems as well.
Anyway they are not as crazy as the problems, people have with the Shield.

I see what you are saying, every system has die hard fans and I’m not trying to put down anybody for their choice.
I was saying my choice is use the best app for my needs. Infuse happens to be on the Appletv system and my only Apple app. Apps like Netflix and prime video cross many platforms which makes them more popular.
I see requests for infuse to add music and photos or create separate apps. This is because appletv is useless for these and users have to go elsewhere. So if you go elsewhere for these, why wouldn’t you want infuse to expand to other systems.

What you’re saying about Nvidia is wrong. They have plenty of newer and far more capable chips. Indeed, there have not been significant enhancements around the Shield, nor has a new chip made it there, but it’s also true that the current device ticks all the right boxes. 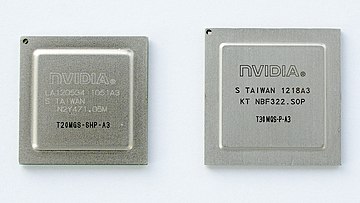 Tegra is a system on a chip (SoC) series developed by Nvidia for mobile devices such as smartphones, personal digital assistants, and mobile Internet devices. The Tegra integrates an ARM architecture central processing unit (CPU), graphics processing unit (GPU), northbridge, southbridge, and memory controller onto one package. Early Tegra SoCs are designed as efficient multimedia processors. The Tegra-line evolved to emphasize performance for gaming and machine learning applications without sac...

But my point wanted to be a bit more generic.

Nvidia clearly showed what can be achieved. Now, if Infuse wants to diversify, it could develop a version targeting vetted devices that meet the high Infuse standards. I never said it should aim for the entire Android ecosystem, that indeed would be a waste of time and money. Few selected devices, IMO, totally the opposite.

Apple TV 4K combines both sides. This is also a great streaming player. Any streaming services in any quality work perfectly on it. This is also an excellent combine for playing local content using infuse. In fact, you can use any multimedia capabilities while being on the same system, on the same media player.
Infuse itself is positioned as a video player. There are other apps for photos/music.
As for the release of infuse on the Android platform. It’s not about whether I want it or not. We’ve been discussing the reasons why this is difficult to implement. A lot of devices, weak hardware, lack of good support, etc.

Well , what did you show ? For the needs of the media player, Nvidia released only 1 chip in 2016. It’s been almost 7 years and not a single new chip. And we don’t know if Nvidia is developing something new specifically for implementation in the new media player.
And I answered you about Nvidia in this direction only because you suggested that Apple might close support for Apple TV.
If we think in this way, then Nvidia today has much more prerequisites for such reasoning.

Apple rolls out new chips to the market and introduces them into a whole line of its devices every year. Today they can build their new media player on the following chips: A13,14,15,16, M1,2, etc. And compare with what Nvidia has today

I write you something and you keep finding excuses.
Not worth continuing the discussion here.

This is a further testimony that Infuse’s mgmt won’t listen to the community (e.g. trailer).

Infuse is a great player.
I wish y’all best of luck when a solid alternatives with a decent community comes up.

What excuses are we talking about ?

Everything is strictly on the merits of your personal reasoning

Firecore developers respond well to user messages and honestly talk about what they can do now and what they can’t.
Personally, I haven’t seen a better community than here. If you don’t like something or don’t like it, you can look for more convenient options for you.

This has gotten bogged down a little bit with the Shield. It’s a great box and an easier target for Infuse since the hardware is almost uniform on them. Another option would be to target a specific chip. If I was writing I’d aim at the devices running on the Realtek 1619DR. That gives you most of the better local streaming boxes, Zidoo, Zappiti, Dune. It’s also very capable and handles everything Infuses needs. 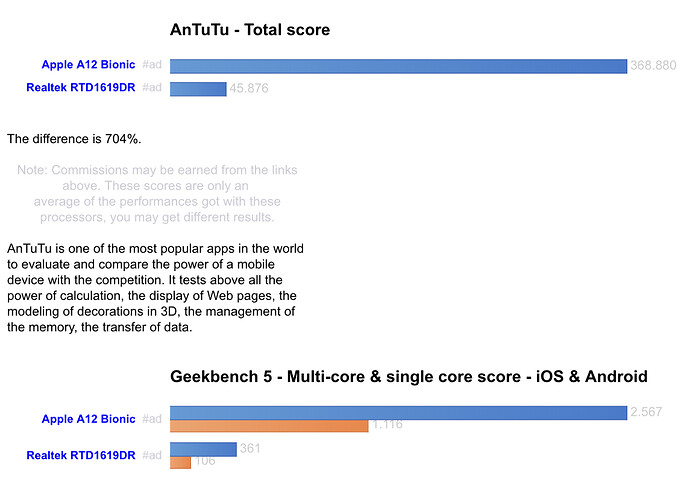