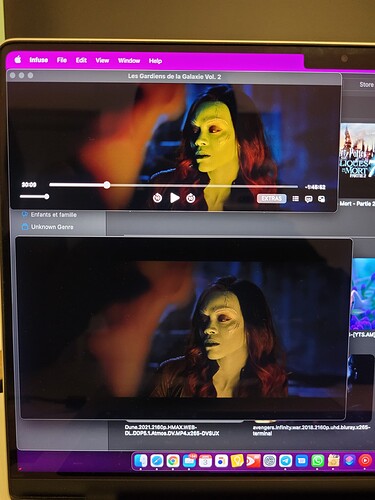 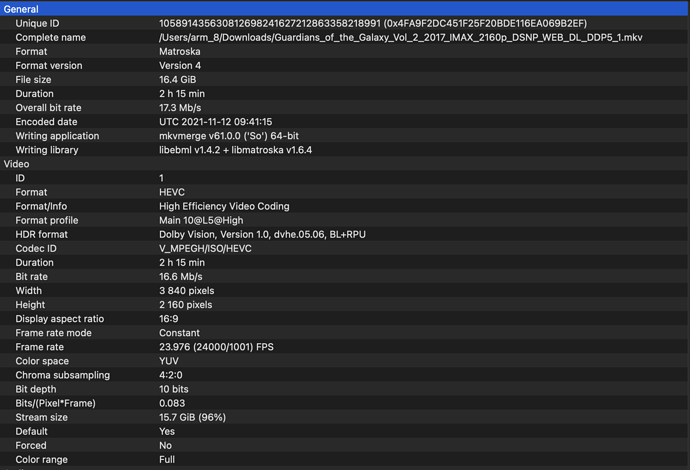 Not to make it seem like it’s just you alone, posting here to mention I am actively tracking progress in this thread as well. I do see that @james has put the “researching” tag on this thread.

Thanks ,“glad” someone else also has same problems lol,at least I’m not mad

Just fyi, one of the best methods I’ve found right now for Dolby Vision support (profile 5 only) is to convert mkv’s to mp4’s via Subler, and then play via Quicktime. https://subler.org/

(Subler preserves the Dolby Vision atom when muxing unlike FFMPEG, at least until the newer patches are applied to FFMPEG).

Much more attractive on macOS than MakeMKV and Handbrake. I think it’s a native app too.

had exams so couldn’t answer

I’m extremely curious and irritated too (lol) as.i want to know what is damaged with these files !

@james have my files been uploaded and viewed correctly? being dvhe05.06 they should theorically play correctly,I’m so pissed

I was just watching Capitan Marvel. It’s so washed out in Infuse their faces in the dark look flat. The tone mapping is really messed up.

When I play it in IINA, it’s wayyy better.

I can’t share this file for copyright reasons, but you can obtain it yourself and try it in Infuse. 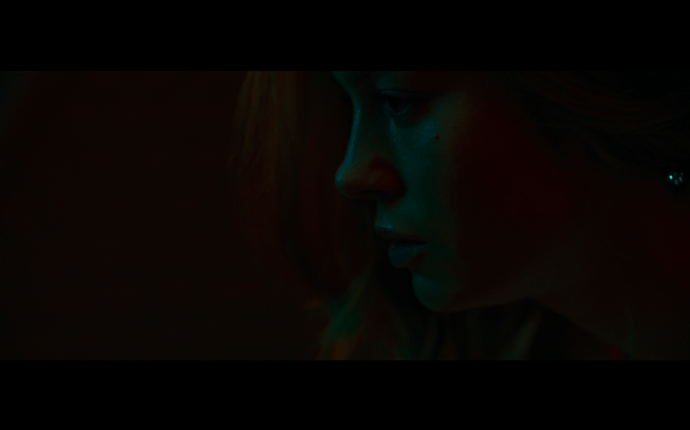 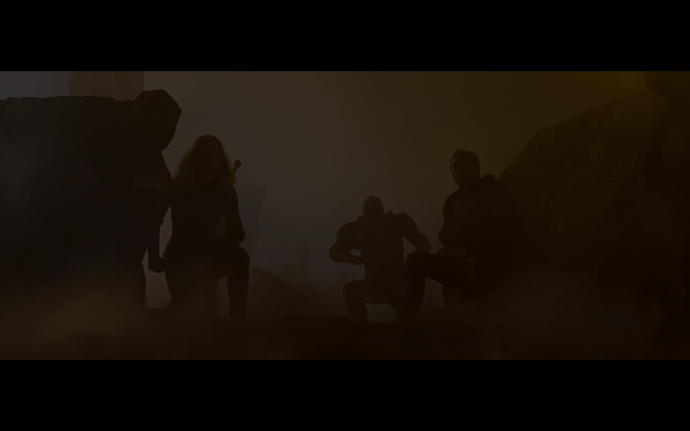 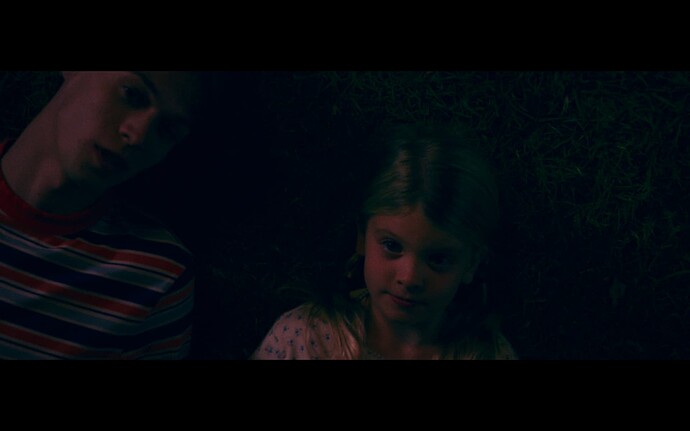 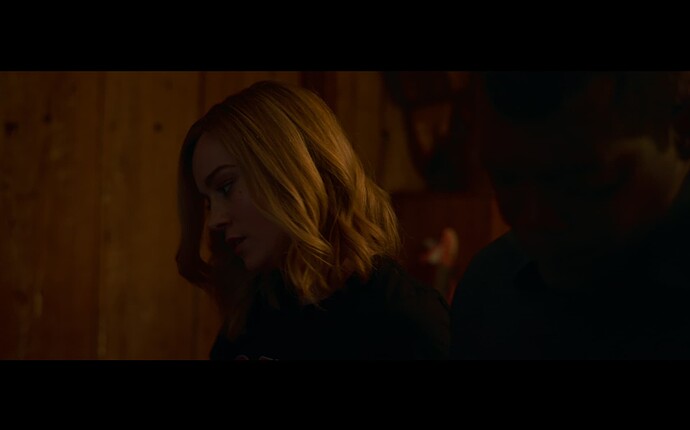 P.S: Though not perfect, it does seem passable on iPad Pro, at least much better than the macOS version.

Today’s 7.3.4 update has many improvements for Dolby Vision which should resolve what is going on here.

dont have a mbp to test anymore,but good job guys

anyway i trust the problem came from the files rather than infuse itself,have u checked those perhaps ? it seems only itunes dv files would play well…even with files with dvhe05.06 (same as itunes/aptv releases ) the colors and contrast remain terrible. do u happen to know whats different between an itunes release and a disney /netflix ? pretty weird

not sure it’s fixed tbh ,this is what HDR vs Dolby vision looks like ,what do you think @james ? where HDR looks clearer than DV …and it’s not DV signature ,it’s just that DC looks desaturated and dull af sadly 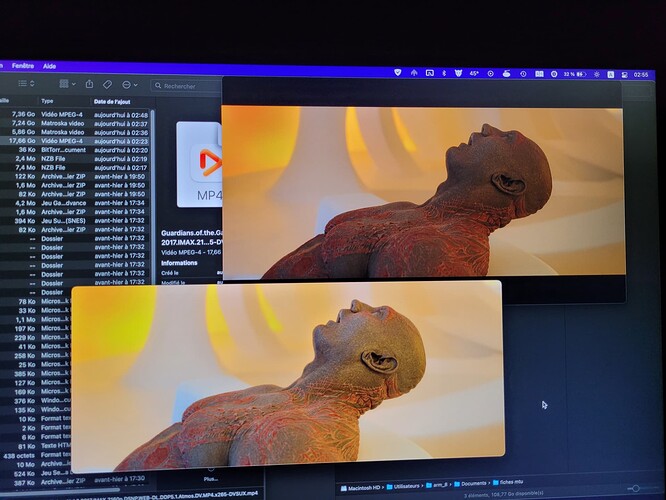 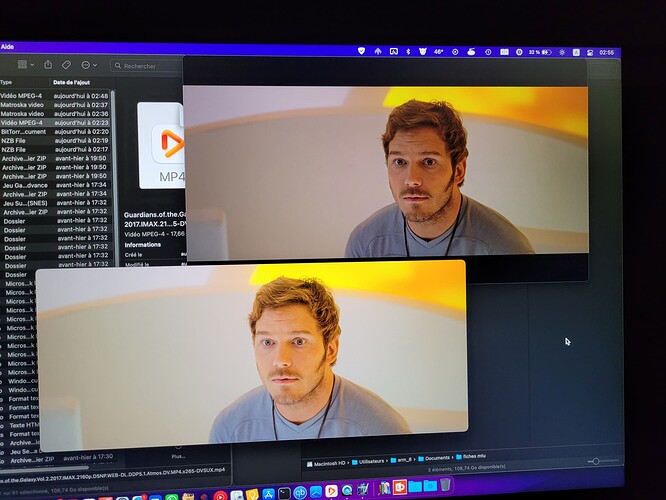 here is another picture that’s even more demonstrative

left is tv.app rented movie in DV
right bottom is HDR (which looks similarly good as DV )
right too is infuse with a DV file…and it looks like bad as you can tell ! 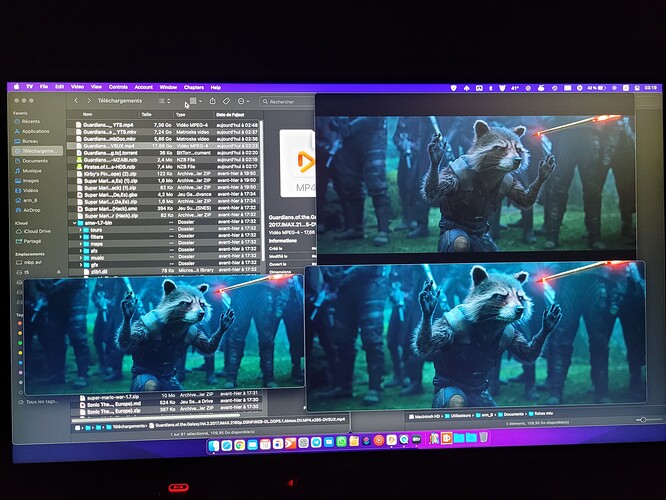 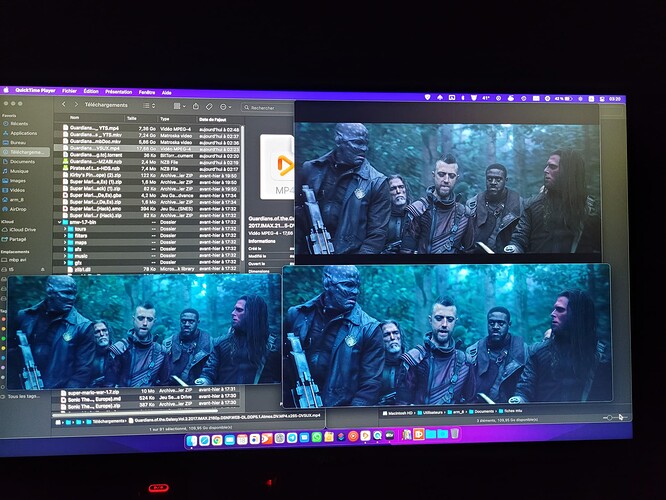 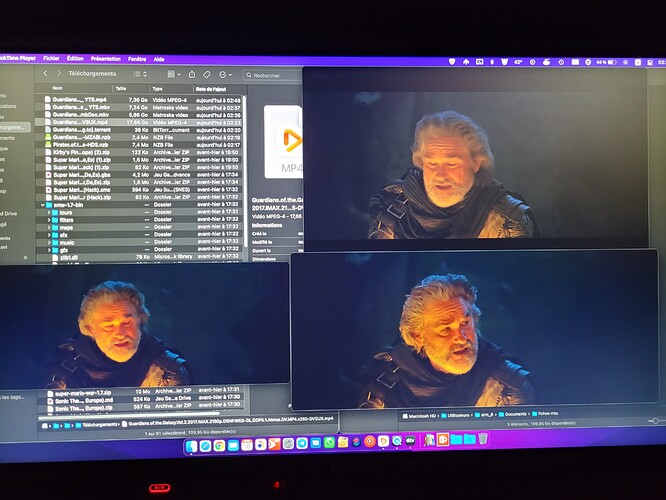 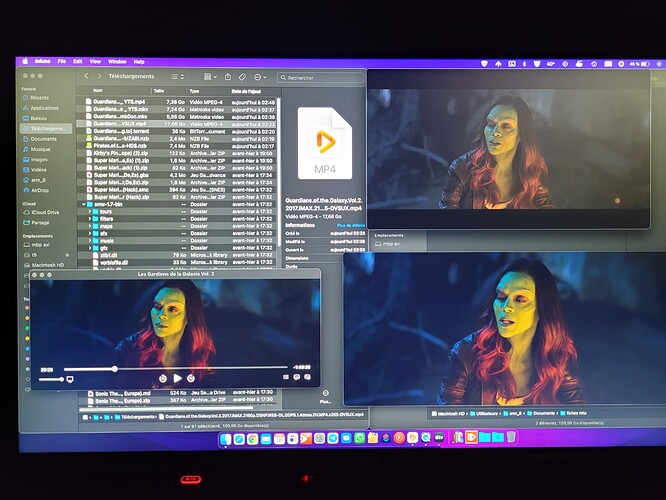 I thing the dev have forgive the infuse, they can’t even make the HDR color correct for a very long time.

nah it’s just that dv is a mess i’d say.updates happen rather frequently

Can you give today’s 7.3.10 update a try to see if you are still seeing issues here?

7.3.10 includes better handling of some DoVi profiles, including better handing of files that are mistagged.

I have this issue. I am on the latest version. Platform: macOS 13.0 MacBook with XDR display. Dolby Vision with Apple Colours option is overall darker and Infuse option feels blown out in darker regions. Same is case with HDR videos as well. HDR Colours seem much truer on IINA player. This has been a long pending issue.