I compiled the prior one with the commits but will redo with new version to get any fixes not in prior one on my end.

My mistake - I had the old and the new installers both open and ran the wrong one.

Thanks James! Great seeing you guys put some effort in this even with AppleTV 4 around the corner. Exciting times for you guys. This could be huge.

i try again but i get that answer:

Worked! Thanks James. I look forward to untethered!

i try again but i get that answer:
process failed with reason: Filesystem patches failed!!

Sure the best news in years. Sure I acquire the new AppleTV 4 but I think AppleTV 2 has new life with ultimate Seas0n pass plus atv flash black

me too the same problem!

me too the same problem![/quote]

I just tried the tethered 6.2.1 instead of 5.3 and that got past the system patches error (I’d much rather have untethered, but seeing as I do have my Macbook Pro in the living/music room for music recording (Logic Pro music writing and also for converting my LPs to digital), I suppose I could go the tethered route for now), but now I can’t seem to get the AppleTV into DFU mode (this is becoming mind numbingly frustrating). It just goes into a fast blink when I connect the USB cable and does literally nothing when I hold Menu and Play. If that is the kind of crap I’d have to put up with every time the power went out or I needed to reboot for some reason…

I was basically hoping to replace my Gen1 ATV I have upstairs with a 2nd Gen ATV unit, but I need XBMC (or Kodi) to run non-Apple files and what not and I’ve had this Gen2 unit originally in an exercise room but later in the downstairs home theater room after getting Netflix (still prefer Gen1 units due to DTS CD compatible output working on them). My upstairs system is high-end 2-channel only so surround stuff doesn’t matter. I’ve thought about the new AppleTV Gen4 coming out, but who knows if/when it will have Kodi support or VLC or whatever to make my non-Apple file stuff work. And frankly, I wouldn’t NEED it if I can get this ATV Gen2 to run XBMC (my plasma in the room is only 720p anyway as it sits too far away to see better than 720p at that distance above my piano anyway and plasma was better quality for motion at the time).

To make matters worse, my old Gen1 ATV with XBMC Eden just blew its WiFi card somehow after all these years and I connected one of those AC outlet Ethernet devices and that got it working, but for some odd reason now I get “hard drive-like sounds” through my speakers when loading files in XBMC (in Apple mode also but quieter). I don’t know if it’s some kind of ground loop or what (i.e. I had feedback hum when using RCA outputs + HDMI for TV so I bought an optical DAC converter to isolate it and that worked great until now for isolating the ground loop hum from the HDMI + RCA connection, but now instead of hum I get those weird hard drive like sounds through the speakers when changing directories, etc. My optical output port also shuts down about once a week (I assume from the Gen1 massive relative heat) requiring a power down and reboot of the Gen1 unit (oddly my other Gen1 has never done that despite also getting very hot). The HDMI output is fine, so I suppose I could get one of those HDMI boxes that adds switching plus optical and RCA output itself to solve that issue and I’d probably need one anyway for the new Gen4 unit as it no longer has optical output anymore.

The bottom line is I need a replacement for the Gen 1 unit very soon and it needs XBMC and having Netflix on the same device would be great as well so the ATV Gen2 unit seems ideal in that room, especially since I already have it. The Gen4 seems overkill (don’t really need casual gaming), overpriced and for the future doesn’t do 4K (not needed in that room but bad for the money when the Gen3 unit is only $69 and you can Airplay Mac games to it even with a PS3 Bluetooth controller if your Mac is within Bluetooth range (works clear on the other side of the house here; played The Cave the other day in the living room like it was a game console via Steam).

Seas0nPass provides an UN-TETHERED jailbreak of the 2nd gen Apple TV running the 5.3 software. A tethered version of 6.2.1 can be installed by right-clicking the 'Create IPSW' button. Older Apple T... 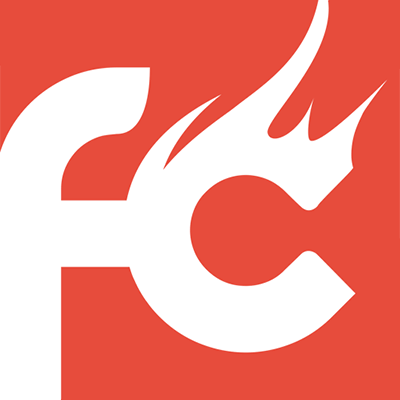 This is how I do a surefire DFU evertime. Find your silver remote before starting.

Step 1. Unplug all cords from aTV2

Step 2. Plug in the micro USB into your host & aTV2

Step 3. Plug in the power to the aTV

Step 4. Immediately once the power is plugged in aTV hold the play & pause buttons until the light flash quickly on the front of the aTV2

Step 6. Once the jailbreak is done DO NOT UNPLUG THE POWER FORM aTV! Remove the micro USB and hook to TV via HDMI and go thru the menu to boot it the aTV properly.

Tried the second beta (860) since the first one (855) gave a “Process failed with reason: Filesystem patch failed!!” error. The second beta also gives the same error
MacBook Pro Yosemite 10.10.5. Any suggestions? I started to do a clean jailbreaking and now am stuck until I get past this stage. Thanks for any help.

I can’t use Yosemite as I’ve never installed it. I went straight from Mavericks. I suppose I could boot off my Mavericks backup and try it from there, but I don’t want to do tethered until I can use the current OS to boot it for certain (I also kind of hate to lose the newer firmware Airplay mirroring features which I don’t think were on 5.3). At least I solved my ATV Gen1 issues with “hard drive sounds” (moved some stuff so I could plug it straight into a different outlet that is shared with the rest of the stereo). Feedback loop apparently eliminated.